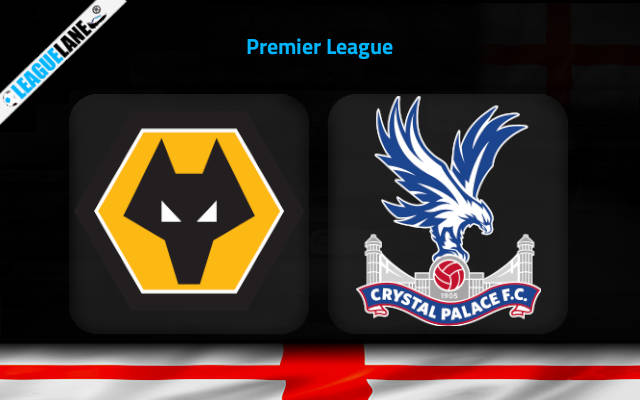 Wolves are going after a top-six finish, but they have lacked a bit in recent performances. And as a result they are now in possession of the eighth spot. They need a surplus of five points to climb level with the sixth-placed Arsenal.

With just 12 more match-days remaining in the competition, it could be said with certainty that the team will be intensifying their efforts.

Meanwhile, Palace are on a long stretch of poor results. They are also placed in a comfort zone in the table – they are considerably away from the cut-off for European qualification, and are away from the relegation cut-off as well.

As a result, they have neither the motivation, nor the pressure to deliver good results.

Wolverhampton will be eager to make use of this opportunity. Moreover, they also have a decent h2h record against this rival over the years.

As things stand, expect them to have the edge this weekend, at their home.

Wolves did lose 1-0 on the road the last match-day. But the defeat had come against the fifth-placed West Ham. Going on, they had won six of their past ten overall fixtures, and they had remained unbeaten in eight of their preceding twelve games.

On the other hand, Palace were held to a 1-1 draw the past game week at home, by the relegation-threatened Burnley. Going on, they have a total of three PL victories in the past four-month period, and all three had come against teams currently placed 17th or below in the table.

Judging these observations, expect a win for Wolves. Also take account of their strong defense.

Tips for Wolves vs Crystal Palace