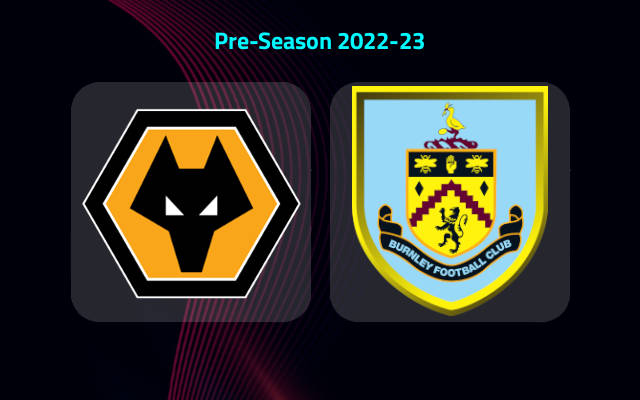 Wolves had narrowly missed out on a ticket to one of the European competitions the last season from the English top flight. As such they are determined to make amends for that loss, and will be eager to start right from the pre-season itself.

They have been finding the back of the net consistently in their past few games and they will try their absolute best to keep this trend going on.

The Premier League appears to be much more competitive than from earlier years and this only puts additional pressure on them. It is important for the team to build some momentum now itself.

Meanwhile Burnley had been relegated at the end of the previous campaign and now they will take part in the Championship for at least one season. Their form has not been really that impressive in the past few weeks and they have been letting in goals in huge numbers as well.

Moreover, they also have a poor head-to-head record against this rival over the past years and for all these reasons expect a convincing victory for Wolves this Saturday.

The Wolves had found the back of the net at least once in their last 4 matches in a row.

They also had tried their absolute best to try and get into top-seven of the table in the previous campaign. While it was unsuccessful, they surely built some momentum as a result.

Meanwhile Burnley were easily one of the absolute worst teams in the English Premier League the last season. They had won just 7 times all through the campaign and they have struggled quite a lot in past head-to-head clashes as well.

Taking into account these observations, expect a victory for the Wolves this weekend.

Tips for Wolves vs Burnley