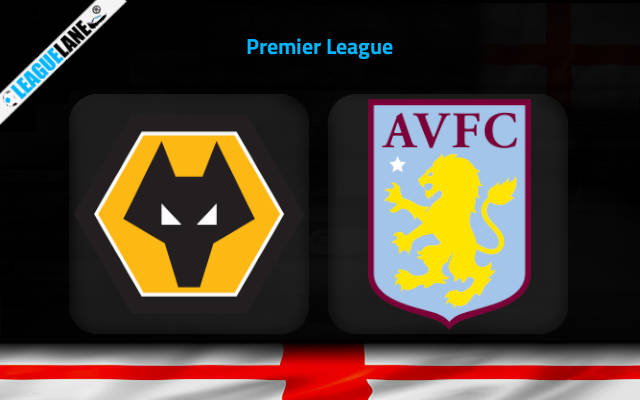 Wolves and Aston Villa meet each other in Matchday No 31 on Saturday afternoon at Molineux Stadium.

Both outfits have had rollercoaster campaigns full of ups and downs throughout the entire season.

They sit right next to each other in the top half of the standings. Wolves are, however, in a much better position being ten points above ninth-placed Villa.

The hosts could even earn a chance to represent England in European competitions next season with an eventual strong finish to the campaign.

Bruno Lage’s men had a very disappointing end to their two-win streak by losing 2-3 at home to strugglers Leeds United two weeks ago at Molineux Stadium.

Wolves had a two-goal lead at the half time against the Peacocks, but their talisman Raul Jimenez got sent off after a careless challenge on the rivals’ goalkeeper after the break to allow the Peacocks to complete a big comeback by scoring three second-half goals on the occasion.

Wolves will be without Jimenez here but more importantly, they have revealed plenty of defensive holes in the previous match.

Aston Villa have some great attacking potential with the likes of Ollie Watkins, Danny Ings, Philippe Coutinho, Emiliano Buendia, etc. in their ranks and we would not be surprised to see them exploiting these Wolves’ defensive holes on Saturday.

Both teams have been playing hot and cold lately but we must say that Villa did show a somewhat better form in the process. After all, Wolves lost four of the last six games despite having a fairly easy schedule along the way.

We like the 2.55 odds offered for the away win bet while you can also back the visitors to net two or more goals at the sky-high 2.62 odds.