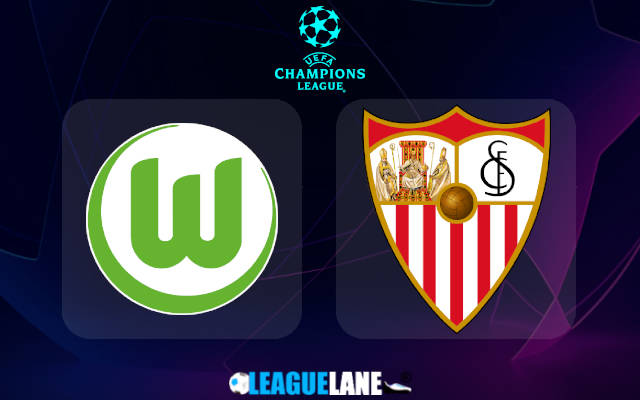 Wolfsburg host Sevilla in the second round of the UEFA Champions League group phase campaign.

It’s all wide open in Group G where both games ended in low-scoring draws in the opening round.

Wolfsburg were lucky to have avoided a defeat in France where they offered a dreadful performance in a goalless draw to Ligue 1 champions Lille.

The Germans did not record more than two attempts in total (zero on target) on the occasion. Their center-back John Brook did receive a red card early in the second half, but the Wolves had not been dangerous at all in the first period either.

Wolfsburg have clearly run into a slump in form as they took just one point from the following two Bundesliga games as well.

The 1-1 draw to Eintracht Frankfurt (at home) was followed by the last weekend’s 3-1 defeat at Hoffenheim.

Mark van Bom mel’s men have thus ruined their fine kick off to the season and dropped down to the third place in the Bundesliga standings despite winning all four league matches beforehand.

Sevilla should come into this tie in much higher spirits. They drew 1-1 at home to Austrian champions Salzburg on the opening day of the Champions League campaign.

It was an odd affair at the Estadio Ramon Sanchez Pizjuan where we saw four penalties in the first half.

Salzburg missed two of their three, while Ivan Rakitic converted Sevilla’s lone for a 1-1 draw. Much like Wolfsburg did against Lille, Los Rojiblancos played almost the entire second half without Youssef En-Nesyri who received his second booking due for diving in the box.

This will be the first head to head encounter between Wolfsburg and Sevilla.

Sevilla picked up back-to-back home wins over Valencia and Espanyol in the last two La Liga rounds. Since Wolfsburg conceded three goals away at Hoffenheim on Saturday and since Sevilla have a much more significant European experience, we are very much tempted by the 2.50 odds offered for the away win pick.

Both Wolfsburg and Sevilla have been very tough to break down in their respective leagues so far in the season. The hosts conceded five goals in six Bundesliga games, while Sevilla allowed only two goals in six La Liga outings. The Under 2.5 goals FT is a fantastic option at the 1.80 odds.