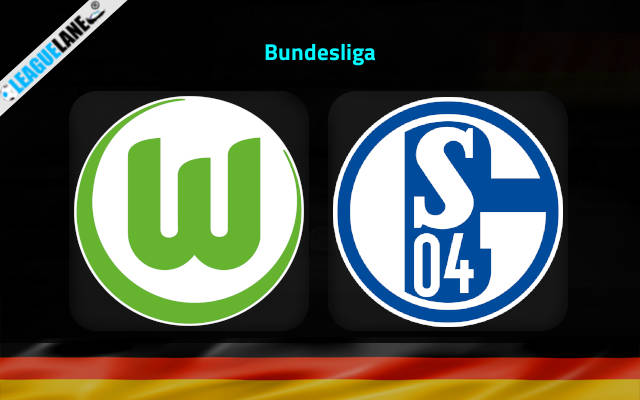 Our tipsters are expecting a high scoring thriller when Wolfsburg welcome Schalke for the Bundesliga match on Saturday.

The Wolves lost 0-2 to Bayern Munich last week after coming from behind to draw Bremen 2-2 in the league opener.

After a disappointing 12th place in the Bundesliga, changes were brought in at Wolfsburg. Former Bayern and Monaco head-coach Niko Kovac is in the dugout and this team is expected to play some entertaining attacking oriented football this season.

The attacking intent was evident in both matches they played this season. But defense is a main worry as the team conceded four goals in the first halves of those games.

Schalke are in a similar mold and they too come to this match with just 1 point from two games. They have problems in defense as well with the five goals they conceded falling in the second halves of games.

The 2-2 draw against Monchengladbach last week gives them some confidence going into this match. Especially after poor calls from the referee alone responsible for their 1-3 defeat in the derby against Koln on opening week.

Frank Kramer’s side have the quality to challenge for a top half finish in the return to Bundesliga. But they need to find consistency as soon as possible with the two goals from Gladbach falling in quick succession after the null-vier controlled the match till the hour mark.

Both teams have displayed strong intent in the final third of the matches they were involved in despite the results falling out of their way. Therefore, we are backing over 2.5 goals priced at 1.70 as the top bet for this fixture.

Meanwhile, brave punters can back both teams to score in the second half with the same landing in Schalke’s two games this season.

The young Uruguayan Rodrigo Zalazar is a fine talent and a threat from long range and set pieces. He found the back of the net in both games, but the first against Koln was unfairly chalked off by VAR. We are backing him to score here with the odds set at sky high 6.00 odd.