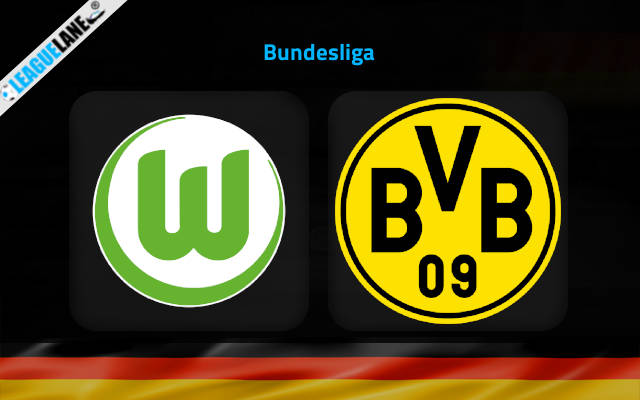 Borussia Dortmund travel to VOLKSWAGEN ARENA to battle Wolfsburg in one of the most exciting outings of mid-week’s Bundesliga Matchday on Tuesday evening.

Wolfsburg confirmed their strong spell of form by picking up only the third victory of the season ten days ago, bagging four unanswered goals past Bochum at VOLKSWAGEN ARENA.

Head coach Niko Kovac can be thrilled with the obvious improvements in his team’s recent displays, especially when it comes to the offensive part of the squad.

Wolfsburg have notched at least two goals in four subsequent games across competitions. The run includes the 2-2 draw away at Bayer Leverkusen and the 1-2 win over lower-division Eintracht Braunschweig in the DFB Pokal tie.

Felix Nmecha stood out with a strong showing and a brace (his first two goals of the season) and he could represent a serious threat to Borussia Dortmund’s goal on Tuesday.

Nevertheless, the visitors should have something to say themselves, following back-to-back domestic league victories over Stuttgart and Eintracht Frankfurt.

Borussia Dortmund have bagged seven goals in the process. We can say they are now officially out of the crisis following the slower spell of form and one point from three encounters against the likes of FC Koln, Bayern Munich, and Union Berlin.

Both Wolfsburg and Borussia Dortmund have been quite inspired in the final third recently and we could be in for a goal fest when they come across each other.

Looking for the best value, we will shoot for the Draw & Over 2.5 goals FT bet at the 9.50 odds as well as the attractive 5.00 odds offered for Felix Nmecha to score anytime for the hosts. Nmecha will enter this tie on a high after netting a brace in the win over Bochum ten days ago.