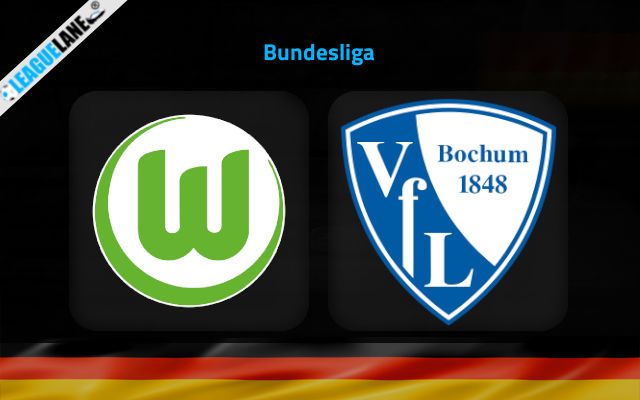 Wolfsburg are one of the best teams in the German top flight, and they are a perennial podium contender. Meanwhile, Bochum have just got promoted to the top flight, and also have a poor h2h record against this opponent. Likely, expect a win for the Wolves.

They had finished fourth in the table the last season, and thus secured a ticket to the Champions League.

Their qualification to the CL was a bit lucky, as they had a lead of just one point over the fifth-placed Frankfurt, and had they ended up in the fifth spot, the team would have had to make do with the Europa.

Also, they were trailing by just four points at the end of the campaign below the second-placed Borussia Dortmund. Likely, the Wolves are determined to deliver an even better campaign this time around, and go for a second or third-place finish.

However, they have been a tad out of form lately, and they will be eager to get on the right track soon. It helps that they are pitted against a newly-promoted squad, and if they are able to secure a huge win, confidence would increase for the players.

In the meantime, Bochum were the champions of the 2.Bundesliga, and come to the top flight with great objectives. But they are about to get a harsh reality check, going on against one of the titans of the German top flight.

Moreover, they also have a poor h2h record against this foe.

By the looks of things, expect a win for Wolfsburg this weekend.

Not only are Wolfsburg one of the best teams in the Bundesliga, but they also have a great h2h record against this opponent, and especially so at this venue. They also are at home, and are determined to go after a podium finish this season.

On the other hand, their counterparts are new to this league, as they were promoted from the 2.Bundesliga, and they are also on a three-match winless run at the moment – conceding two or more goals in two of them.

Taking into account these observations, expect a win for Wolfsburg this weekend.