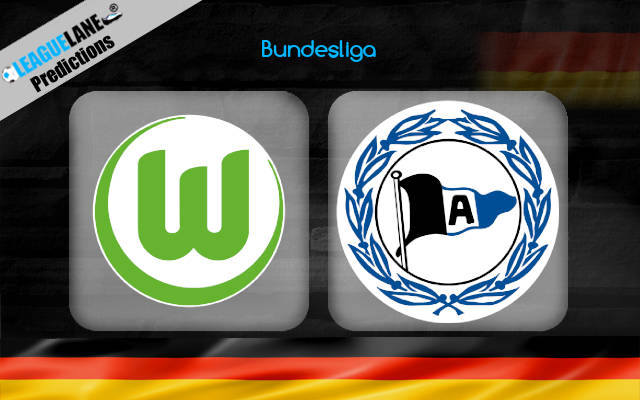 The Wolves are one of the best teams in the competition, and they have been so for the past several years. They had even qualified for the final Europa League spot from Bundesliga the last season.

However, this time around, they have not made a good start at all to their campaign. While they have not lost a single match-up till now, they have not won one either. And this streak cannot be allowed to go on.

And the upcoming encounter is kind of the perfect opportunity for the squad to put an end to their run of draws.

This Sunday, Oliver Glasner’s men are pitted against Die Arminen – a team that got promoted to the top flight just at the end of 2019-20 season.

Not only are Uwe Neuhaus’s men inexperienced in the Bundesliga, but they are also struggling to adapt to this highly competitive tournament.

On top of that, the Wolves also do have a great h2h record against this opponent. By all means, expect Wolfsburg to make the most of this easier match-up this Sunday, and post an impressive result.

The Wolves were held to a 1-1 draw on the road the last match-day, against Monchengladbach. In the meantime, Die Arminen lost 1-4 at home the past game week, against Bayern.

As things stand, Glasner’s men have the upper hand. They were unbeaten in ten of their last eleven overall matches, and this sole loss had come in the Europa League. And impressively, not only are they unbeaten at home this season, but they are also yet to concede a goal here in 2020-21.

On the other hand, their opposite number were winless in eight of their last ten fixtures, and they are yet to record a win away from home this season.

On top of all that, they also do have a severely inferior h2h record against this opponent.

Taking into account these observations, expect the desperate Wolfsburg to post a convincing win this weekend at home.