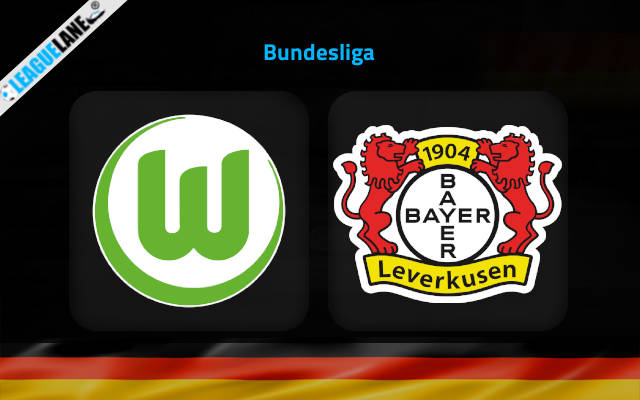 Both Wolfsburg and Bayer Leverkusen will be looking to rebound from the last weekend’s failures when they take on each other in the 27th round of Bundesliga this Sunday at VOLKSWAGEN ARENA.

Wolfsburg have generally had a subpar campaign as they sit in the bottom half of the standings with eight games left to play.

The team had a terrible first part of the season. While they did improve the showings in the last several months, Florian Kohfeldt’s troops still lack consistency.

Wolfsburg have thus won three, drawn two, and lost one of the previous six league affairs. They conceded a late goal in a 3-2 loss at Freiburg last time out.

The team led by Kohfeldt allowed two or more goals in three of the last four Bundesliga ties. This is not a good sign ahead of the fixture with one of the best attacking lines in the league on Sunday.

Speaking of inconsistency, what should we say about Bayer Leverkusen who shockingly fell 0-1 at home to FC Cologne seven days ago?

Gerardo Seoane’s men have won just one of the last four league affairs and the top-four finish is now in jeopardize for them with the likes of RB Leipzig, Hoffenheim, and Freiburg all sitting just a single point below them in the Bundesliga table.

Bayer Leverkusen are just incapable of keeping things quiet defensively these days. They have not kept a single clean sheet in the previous nine away fixtures in Bundesliga.

We like the sky-high 3.10 odds offered for Wolfsburg’s win here, while you can also back the hosts to net two or more goals on the occasion at the odds of 2.37.