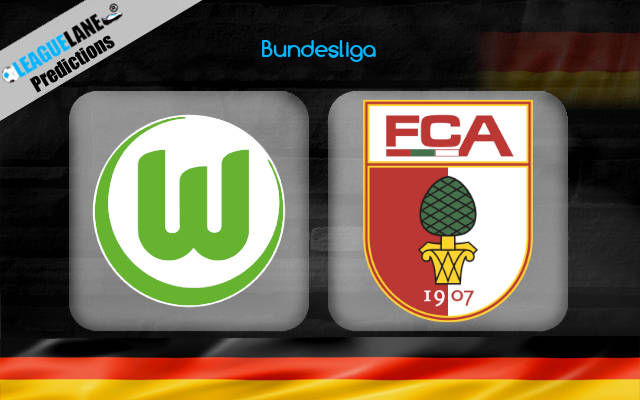 Fuggerstadter are one of the weakest teams in the league, and they had avoided getting the boot the last season by a tiny margin. They had finished 15th in the table as the last safe team.

Meanwhile, the Wolves are one of the best in Germany, and they had secured a top-tier finish in 2019-20, thus qualifying for the Europa League.

However, Oliver Glasner’s men have made a slow start to their campaign this time around. They were held to draws in both their fixtures so far, and this has made a win in this upcoming encounter a must.

They do have a good h2h record against this rival lately, and they are also at home. Moreover, Heiko Herrlich’s men are also struggling on the road in their recent fixtures.

Likely, expect the desperate Wolfsburg to post a win this Sunday at the Volkswagen Arena.

Glasner’s men secured a 1-1 draw on the road the last match-day, against Freiburg. In the meantime, Herrlich’s men registered a 2-0 win at home the past game week against Dortmund.

Fuggerstadter might have recorded a win against Der BVB, but it was in all probability a fluke event – and more due to Lucien Favre’s men underperforming.

They were one of the least impressive teams in the German league the last season. Especially their performances on the road were really underwhelming in the period.

In fact, in the past nine months, they have managed a total of three Bundesliga wins away from home – and all three had come against some of the weakest teams in the competition.

Union Berlin were promoted to the top flight just at the end of the 2019-20 campaign, Schalke are the absolute worst team in the contest at the moment, and Mainz had finished in the bottom tier of the table.

On the other hand, the Wolves have been one of the best teams in the German top flight for the past several years. They had qualified for the Europa League via a seventh-place finish the last season, and were unbeaten in eight of their preceding nine overall fixtures.

Finally, they also do have a superb h2h record against this rival in the past several years. In fact, they had even registered an 8-1 win against this foe just in 2019.

By the looks of things, expect a Wolfsburg win this Sunday.