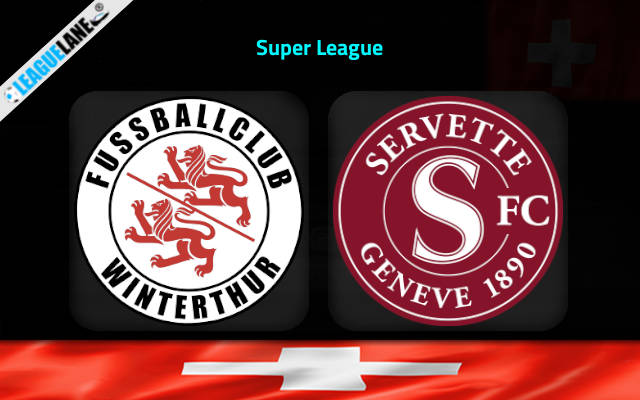 Winterthur vs Servette Predictions and Free Tips from our expert tipsters when the teams go head-to-head in Swiss Super League on Sunday, 22 January 2023.

Servette are second in the league and will aim for a victory as they will play their first league game of the year. During the break, they played in numerous friendly games against various European teams.

At the same time, Winterthur have lost half of their fixtures in the Super League. They performed well in the friendly games since the beginning of this month. They are currently ninth in the league.

The visitors have won this fixture in the last six consecutive meetings. Back in August, they defeated Winterthur by 1-0. It has been more than five years, since the host celebrated a victory against this opposition. At Stadion Schützenwiese, Servette have an excellent winning record against this team.

Who will win the match between Winterthur and Servette?

The visitors are on a six-game winning streak against this team. Another important point to note is that they are second in the league. Therefore, the chances are high that Servette will take home all three points from this game.

At this ground, this fixture is a high-scoring one. In the last two encounters, the game ended with more than two goals being scored combined.

The host are very close to the relegation zone and will have a difficult time against this team. Do note that the visitors have won almost all of the matches against Winterthur since 2017. You can back the following, as our first tip is for this game is that Servette will win this game– the odd for this tip will be at 2.25 odd.

Moving on, our second tip for this game is that Both teams to score– at 1.61. Barring the August fixture, both teams have scored consistently in this fixture since 2018.