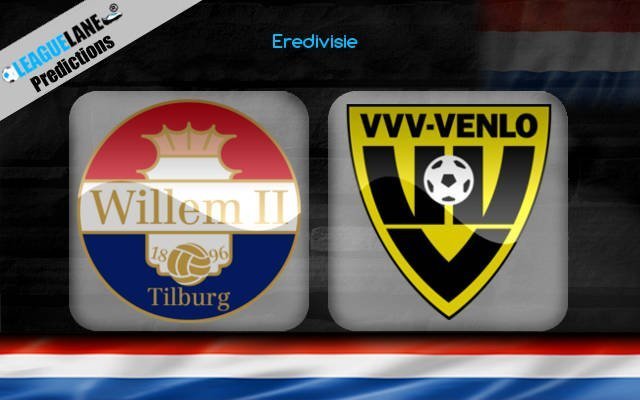 Despite showing promise with back to back victories Willem II have returned to losing ways and are without a win in their last two games in a row. The hosts were humiliated by Heracles in their last trip on the road which saw them admit defeat by a 4-1 scoreline while in the comforts of their home, Feyenoord took them out with Berghuis netting the only goal of the game.

VVV-Venlo have not been able to ensure a consistent winning form in their respective games and have been alternating between wins and defeats so far. Prior to their most recent 2-1 win over Groningen at home, the visitors were handed a 1-0 loss by Den Haag.

In spite of the erratic record at hand for Venlo, Willem II will have to put in the extra effort if they are to salvage even a point at the least.

Adrie Koster’s men have been struggling to turn things around and have conceded five goals from their previous two fixtures alone, one of which was on home soil.

Additionally, the squad have been far from convincing in their clashes here, and the 2-1 win over Emmen is the only win that they have secured so far. It also needs saying that Willem II have not been faring well against this opponent in their previous meetings and have tasted success just three times from their last seven fixtures at this stadium.

However, the away side have not got off to the best of starts in their trips on the road, and have been at the losing end in two of their previous three recent outings.

Taking into account that Venlo were at the losing end in their last away game too, there is a slight possibility that Willem II will be able to force the guests to share the spoils with them at the most.

Furthermore, the hosts have scored just one goal before the break, in their last three clashes at home. Considering that their previous four head to head fixtures here have also seen not more than a goal at the most in the opening forty-five minutes, expect a low scoring first half with under 1.5 goals on the charts.