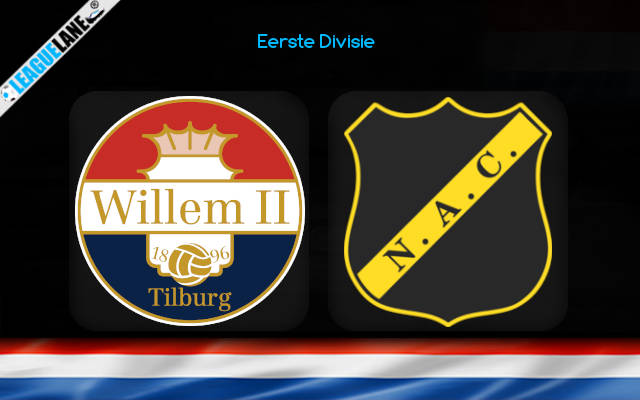 Willem II and NAC Breda will raise the curtain to the Eerste Divisie football after the short World Cup break as they meet each other on Sunday morning at Koning Willem II Stadion.

Neither of the outfits can be happy with the season they have had so far. Willem II dropped to the 9th position in the league ladder after a run of three subsequent winless affairs.

They shipped two goals in a disappointing 2-2 draw away at bottom-half Dordrecht in the previous round.

Head coach Kevin Hofland can also be worried about the fact his men have failed to win any of the previous three home outings in the league.

NAC Breda have been even worse so far in the season. They 15th position at the moment with only 5 victories in the opening 16 matches.

Breda own one of the weakest defensive records in the competition with 29 goals conceded so far in the campaign.

They have been particularly easy to break down in the recent games, shipping the total of ten goals in three losses to Den Bosch, Heracles, and PEC Zwolle in the previous four rounds.

Breda allowed as many as 20 goals in 8 away matches this term. Can Willem II exploit this defense?

Both teams scored in five of the last six H2H games between these rivals. NAC Breda have been dreadful defensively so far in the season and especially in the recent games. We like Willem II to win & Both Teams To Score pick very much at the odds of 3.50.

The punters who like to test their luck with the correct score bets can shoot for the 3-1 scoreline at the attractive 13.00 odds.