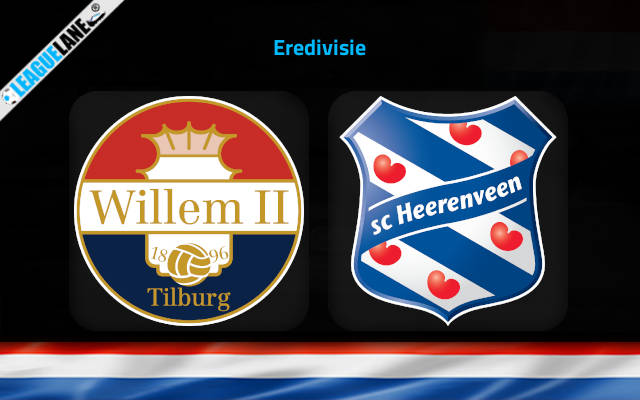 Neither of the two teams have been pulling up any trees in months. Willem II lost 14 of the last 15 outings across competitions, while Heerenveen will come into this off of eight straight losses.

Heerenveen made a managerial change in January when they parted way with Johnny Jansen. However, interim manager Ole Tobiasen has not brought the positive impact as the team continued to struggle under his leadership as well.

Heerenveen are now 13th in the Eredivisie standings, just six points ahead of Fortuna Sittard who currently hold the relegation playoffs position.

They could easily drag themselves into the relegation scrap unless Tobiasen finds a way to lift the spirits in his dressing room.

The clash against Willem II is an ideal chance for Heerenveen to shift their fortunes around, but a potential defeat could bring disastrous consequences.

Willem II are four points behind Heerenveen and they sit just one place above Fortuna Sittard. They have failed to register a single shot on target in the last weekend’s 1-0 defeat away at Groningen.

Willem II failed to find the net in six of the last seven Eredivisie affairs. Four of their last five matches ended in a 0-1 scoreline.

Both Willem II and Heerenveen have been struggling for goals lately. Since this is a super-important clash that could well determine both outfits’ destiny for the rest of the season, we don’t expect either of the managers to take unnecessary risks here.

The Under 2.5 goals FT is the best betting option and you can go for it at the 1.85 odds, while the stalemate is priced up at the 3.50 odds.