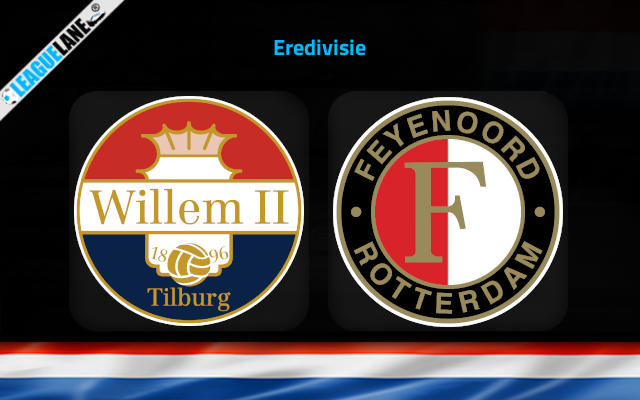 Feyenoord begin the new Eredivisie campaign with the away clash against Willem II on Sunday afternoon.

Feyenoord finished the previous Eredivisie campaign at a disappointing 5th position, settling only for playoffs in the battle for one of four UEFA Europa Conference League spots.

The team found a way to jump above Sparta Rotterdam and Utrecht with back-to-back clean sheet wins in post-season to secure European football for this season.

The team have thus entered the process of rebuilt which began with the appointment of Arne Slot at the managerial position.

The new head coach has a pretty much renewed group of players in his ranks, led by recent acquisitions Alireza Jahanbakhsh and Guus Til.

This duo has done the business in the pre-season as well as in the opening European qualifiers against Kosovo’s Drita and Swiss Luzern.

Til’s brace made all the difference for Feyenoord in the first leg of their UEFA Europa Conference League tie against Luzern (the Dutch outfit won it 0-3).

Moving forward, Slot’s troops showed a fantastic form at this stage of the season by beating Spanish champions Atletico Madrid 2-1 in their final pre-season exhibition.

The clash against Willem II at the start of the new Eredivisie campaign should thus really provide a nice chance for Feyenoord to snatch the three-pointer.

The hosts have barely saved the elite class status last season, finishing just one point above the red zone line. Other than a managerial change, we don’t see too many improvements in their squad for this season.

Willem II did not have a serious rival in pre-season and we can hardly rate their current form based on the clashes against Lierse or Excelsior Virton. Feyenoord have already been playing competitive football for quite some time now and we see them as clear favorites to get off to a right-footed start here.

The away win should be a banker bet at the odds of 1.75, while we will alternatively back the red-hot Guus Til to score anytime for the visitors at the 3.25 odds.