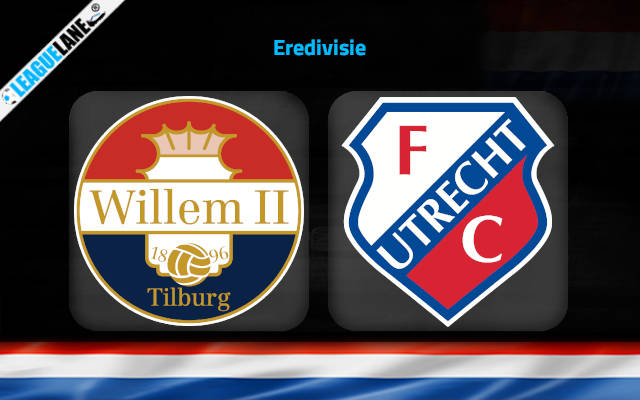 Willem II is in the relegation zone and they will be desperate for win here as they host FC Utrecht. These two sides will lock horns at Konig Willem II Stadion, this Sunday.

Utreg is at the 7th spot on the standing with 47 points from 33 games. They won 12 times in the league while drew on 11 and lost on 10 other occasions. The visitors have already qualified for Conference League Play Offs and at this point, they have nothing to play for and will be aiming to end the season with a high note.

In their last game, FC Utrecht drew 2-2 in the league match with AZ. They will be looking to keep up the momentum today against Willem II, as they have lost just once from the last 5 fixtures.

On the other hand, Willem II resides at the 17th position on the table with a mere 30 points. Of the 33 matches played, they won only 8 times in the league while drawing on 6 and losing on 19 other occasions. If they win here and at the same time, if Sittard and Sparta Rotterdam get defeated, only then, they will have a chance to survive.

Willem II has fired blanks in 15 games this season and that’s 47% of games where they have not been able to find the back of the net. In their past 6 fixtures, Kevin Hofland’s men have managed to score a combined total of only 6 times.

Utrecht remain unbeaten against this foe since their previous 5 meet-ups. Scoring is also not an issue for them when they play away from home. They have scored in the last 6 games they have played on the road.

Meanwhile, Willem II have not won against this visitors in their last 3 league meetings in succession. But have not been beaten in their last 4 home league matches.

Considering their prior h2h stats we feel that Utrecht will win this game by a narrow margin.