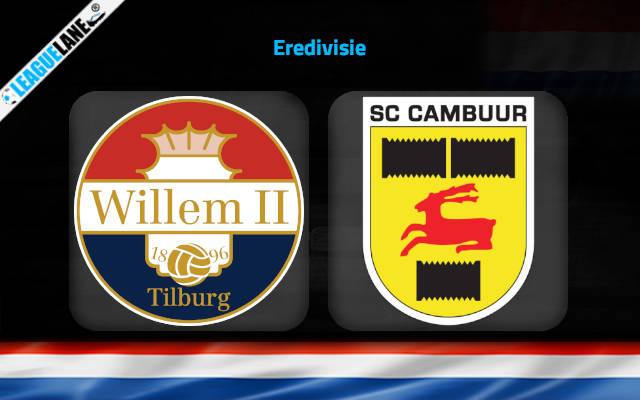 Willem II and Cambuur suffered crushing losses by a margin of 5 goals in their preceding fixture last week. It would be interesting to see the way the teams react and who would gain the upper hand after a loss of such magnitude, this Friday at the Koning Willem II Stadion. Read our Preview, Predictions, and Betting Tips with Analysis here.

Tricoleres could not have asked for a better start to the league campaign as the club won 5 of their opening 7 games. Things have horribly gone wrong for the team as they have taken just 2 points since.

They are on a run of 9 games without a win and that has put them in 13th position in the Eredivisie.

Cambuur has had a largely positive season. For a club that is competing in the top flight after a 5-year hiatus it is truly remarkable. They are seen occupying 13th place in the table currently.

However, the club has had its fair share of losses along the way and none more demoralising than the 9-0 loss against Ajax and the 1-6 loss to Vitesse last Friday.

The hosts are in shocking form as they are on a streak of 6 losses. I would be amazed if they manage to get anything out of a club that has 4 wins in their last 5 games on the road.

Super Pitchers have not scored more than a goal in their previous 8 games across all competitions. The team is likely to not score more than once in this fixture as well.