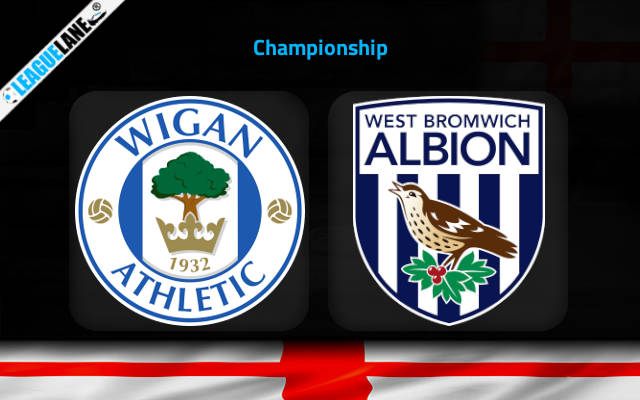 After opening this season with a three-game winless streak, West Brom picked up things by making a thread of three consecutive unbeaten games in the league.

Two draws and a win from the previous three rounds helped them to climb up to the 15th position in the league standings. Their latest unbeaten outcome came two days ago when West Brom saw Huddersfield 2-2 on the road with a brace from Wallace.

The 28-year-old England midfielder scored a brace in that game to balance the same scored by Anjorin inside the first thirty minutes on the other side.

English coach Bruce can be thrilled with the performances of his men’s attacking line. The team scored seven goals in the previous two league outings.

Wigan, on the other hand, have only won once so far this season. They have six points from five matches. They were winless in five of their past six overall fixtures, and in the process, they had gone on a four-game winless streak.

However, the problem for their English manager Leam lies in his team’s defensive line which allowed six goals in their past two league fixtures.

This match is a great chance for West Brom to maintain their impressive spell of form. They are on a three-game unbeaten streak in the league. Moreover, they own a decent form in the recent head to head clashes with Wigan.

On the other side, Wigan are on a three-game winless run at home. A 1-5 defeat against Burnley in the previous matchday was the most recent of those.

By the looks of things, expect a winning performance from West Brom, away from home.