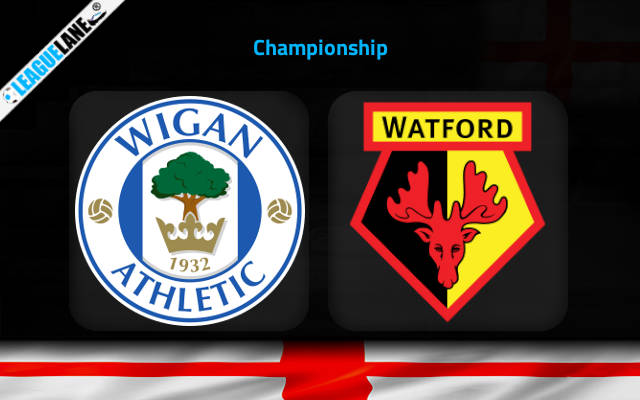 Following a narrow 1-0 victory against Blackburn Rovers. Wigan are now on a three-game losing streak. They will now welcome Watford at DW Stadium on Matchday 17 of the Championship.

In their most recent outing, Leam Richardson’s team lost to QPR by 2-1. In that game, Nathan Broadhead scored a goal in the first half of the game. Yet it was not enough to earn all three points. Manager Leam Richardson is concerned about his team’s inconsistency.

This result has pushed the team down towards the relegation zone. Presently, they are at the 19th position on the league table. It is worth knowing that, nearly 43% of their matches have ended in a defeat.

Rob Edwards’s team picked up an important 4-0 win over Luton Town most recently. Four different players found the back of the net in that game. This victory comes after their 3-0 defeat against Millwall.

However, the away form is very concerning for the current visitors, as they have lost their last two away games by conceding exactly three goals.

The team is at the tenth position on the table this season. They have a very good opportunity to overtake Sheffield United if they manage to win all three points in this upcoming fixture.

The visitors have won two of their last three games by scoring at least two goals.

You can back the following as our first prediction is that Watford will score Over 1.5 goals – at 2.50 odd. This is after considering that they have scored two goals in their last three meetings against Wigan.

Moreover, our next tip for this game is that Both Teams to Score – at 1.83 odd. Both teams have scored in two of the last three head-to-head matches, also a combined total of six goals were scored by them in those two games.