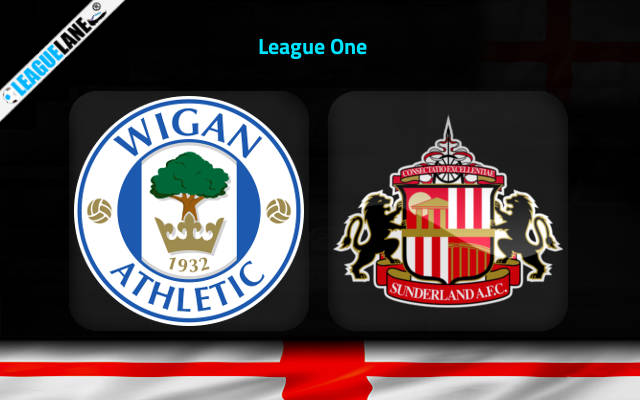 Wigan is second in the league chasing Rotherham with 2 games in hand. They are undefeated in the last 4 league schedules winning three of them and they are in the zone for Championship promotion. Sunderland is last in the Play offs spot while struggling to secure a win since the last 6 league schedules. Hoping to turn the tables, the Black Cats will travel down to DW Stadium this weekend to stand off against the hosts for the upcoming League One action.

The Latics are at the 2nd spot on the standing with 66 points from 31 games. They won 20 times in the league while drawing on 6 and losing on 5 other occasions. They scored 56 in total while conceding a sum of 29 showing their remarkable attacking front.

Wigan had a 3-1 League One win to Wycombe Wanderers in their last outing.

They are unbeaten in each of their last 7 league games at the DW Stadium, their longest home unbeaten run since the 2019-20 campaign.

On the other side, Sunderland resides at the 6th position on the table with 56 points. Of the 34 matches played, they won 16 games while drawing on 8 and losing on 10 other occasions. Their total goals to conceding ratio stands at 58:47 showing that they need to improve their defense.

Black Cats drew the latest league fixture to Burton by 1-1. They have been scored against on 5 of their last 6 games, giving opposing sides 13 goals in all. They have won 4 of their last 6 league games against Wigan, including the reverse fixture in August.

Wigan won this exact fixture 2-1 last season, and will be looking to win consecutive home league games against this visitors for the first time since doing so in the Premier League in August 2005 and August 2007.

We anticipate a home win this weekend as Wigan Athletic are undefeated in their last 7 home league matches meanwhile the visitors have struggled to secure a win n road since the last 5 league schedules.