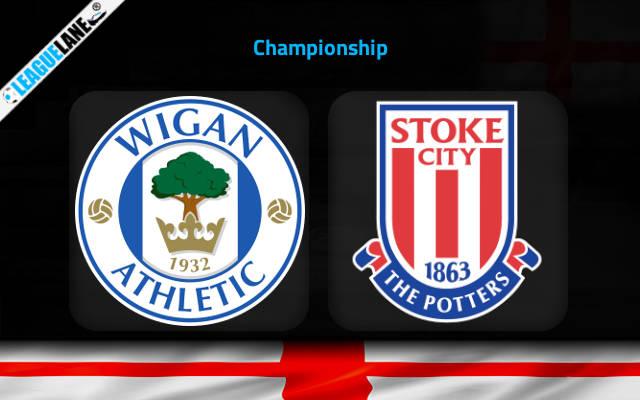 Wigan are slowly moving towards the relegation zone. The team led by Leam Richardson have lost four consecutive matches in the Championship, they will now host rivals Stoke City at DW Stadium.

Things are not looking good back at DW Stadium, the home team despite the support of the crowd have won only one of their last eleven home matches.

In their last league outing, they lost to Watford. It was Joao Pedro who found the back of the net in the 87th minute of the game.

Stoke are also facing a similar crisis as their counterparts. In their most recent game, they played against Norwich in a 3-1 defeat. Currently, they are at the nineteenth position on the table. Even the teams who are in the relegation zone have won at least one game in their last three matches.

Against Middlesbrough, the team played in a different formation keeping in mind that they are one of the relegation teams this season, however to their surprise the plan did not work out and in the end, they lost by conceding four goals.

The main reason behind Wigan’s downfall is that they are experimenting with the team’s playing formation.

Another interesting fact is that the host have lost thirteen points this season despite scoring the opening goal.

Alex Neil’s side are facing a goal drought as they have scored only one goal in their last three outings.

You can back the following as our first prediction is that Stoke City will win by 1-0 – at 7.50 odd. This is after considering that the visitors won the most recent meeting. Also, the host have an abysmal record at home this season.

Moreover, our next tip for this game is that Stoke City will keep a clean sheet – at 3.00 odd. The visitors have kept a clean sheet in two of their last four matches at DW Stadium.