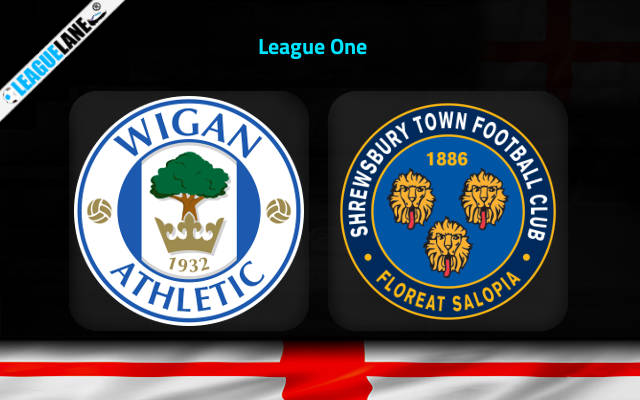 Wigan is playing well and have 38 points from 18 matches. Their last match was against Colchester in FA Cup, which the team won with 1:2 FT score.

Shrewsbury Town is placed 19th in the league table with 19 points from 19 matches. Their last match was against Carlisle United, which ended in a victory for the team with 1:2 FT score.

Wigan is on top of their form this season with continuous wins in last 3 matches. They have not lost in their last 9 matches and have scored 17 goals from these 9 matches. From the last 10 matches, the team has only failed to score only once and have score 2 or more goals in 8 of these matches.

Their last home match in League One was against Burton Albion, which ended in a win for the team with 2:0 FT score. The host has 12 wins,2 draws and 4 losses in the tournament so far and has scored 34 goals and has conceded 16 goals this season.

Wigan Athletic are the favourites for their upcoming fixture and also have a good chance to score 2 or more goals in the upcoming. The hosts will look to keep their win streak going on.