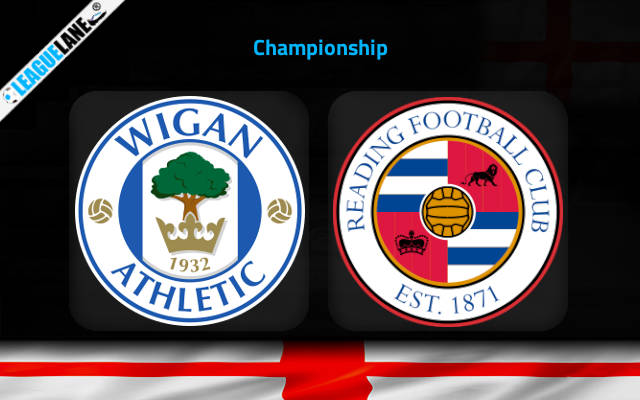 Wigan and Reading will lock horns in a Championship fixture on Saturday afternoon at DW Stadium.

Reading had a disappointing form throughout the past Championship season. As a result, they ended up in the 21st spot of the table. They were so close to the relegation spot and it was a difference of four points which saved them from getting relegated.

Going on, Reading took some time to find a positive consistency in the league. The team had gone on a 3-fixture winning streak in the process too.

However, things turned dreadful for them lately as they conceded a couple of defeats in their previous three league fixtures. Do also note that they had let in a total of 8 goals in their past 3 fixtures.

Meanwhile, Wigan has returned to the English second division after delivering an impressive performance throughout the past League One season.

They had a gloomy start to this season and have only won once in their first 6 fixtures this season. However, they picked up things in the last fortnight by sealing back-to-back victories.

Going on, the problem for their English manager Leam lies in his team’s defensive line, which allowed 8 goals in their past 4 league fixtures.

Reading lost 3 of their previous 4 road trips. And in the process, they had let in a total of 9 goals while scoring just one. However, they might score one against Wigan as they owns a weak defensive steel of late.

On the other hand, Wigan recorded 3 draws in their 4 league fixtures at home in this season. They had managed to score in the previous 3 fixtures in front of the home crowd.

Taking into account these observations, we expect a both teams scoring affair with the hosts claiming a win when the referee blows the final.