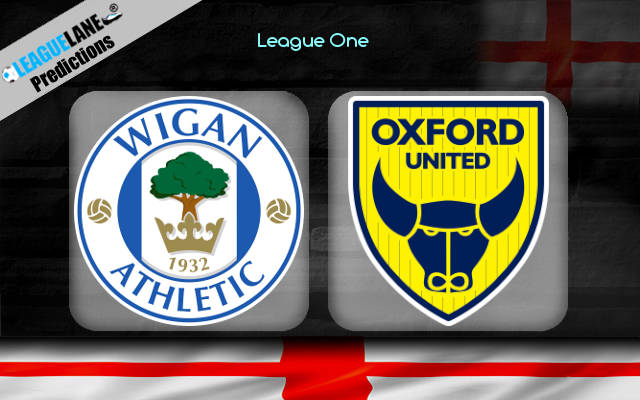 It is a top of the table clash in EFL League One as Wigan who are second in the table will welcome 6th place Oxford United to the DW Stadium. The fixture is set to kick off at 15:00 UK this Saturday. Read our Preview, Predictions, and Betting Tips with Analysis here.

Wigan vs Oxford Prediction and Analysis

The Latics were off to a dominant start in the league this season, they went on a run of 7 games without a defeat, winning 6 of those fixtures. A few defeats since have obstructed their path of destruction but their claims of being the best team in the division still exist as they are just 2 points behind Plymouth in first place with a game in hand over them.

Oxford fans would like to see their team be more clinical as they have dropped points quite often this season. Despite having the same number of losses as their opponents, a number of draws have stopped the team from challenging for a direct promotion spot.

While the hosts have delivered better performances over the season, they have lost 3 of their preceding 4 games at home and barely managed to beat relegation-contenders Fleetwood in their preceding match after they overturned a 2 goal deficit. The visitors who are undefeated in 4 league games and 3 on the road should gain at least a point from this fixture.

While the hosts have scored in all their league fixtures at home this season, the visitors have failed to score just twice in league games on the road since April. Expect both teams to get on the scoresheet.