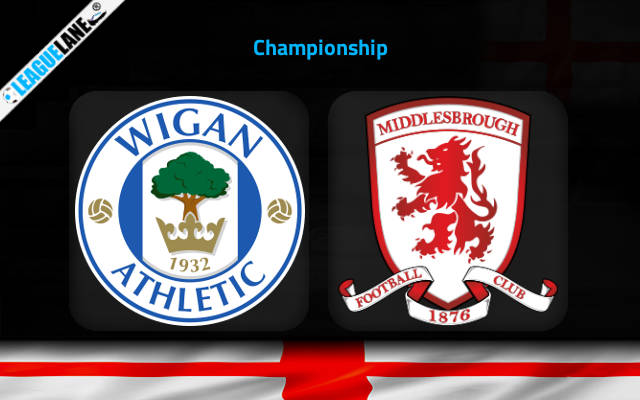 Both Middlesbrough and Wigan are without a win in their most recent league outing respectively and these two sides are pitted against each other for this upcoming fixture at DW Stadium. Since they have not been able to replicate their form in the Championship, the two squads will be desperate for a victory.

The first on the agenda for Chris Wilder will be to improve the team’s away form, as his side are on a four-game losing streak since late August. In their last away outing, they lost to Millwall by a two-goal margin.

The month of October has been very disappointing for the visitors till now as they have lost three times. Now, they have a golden chance to finally leave the relegation zone if they manage to win this fixture. Do also note that the visitors are on a two-game losing streak.

On the other hand, the host most recently lost to Sunderland by 2-1. Charlie Wyke was the only goal-scorer for Leam Richardson’s side in that game. This was their fifth defeat of the season and as a result they find themselves at the fifteenth position on the table.

The team led by Leam Richardson managed to beat Blackburn Rovers earlier this month. That 1-0 victory has increased the team’s confidence. Hence, It will be an easy task for them to win this fixture. The only concern for Leam Richardson is that the visitors have a good history against his team.

Our first prediction is that Middlesbrough will win by 1-0 – the odd for this tip will be at 7.50 odd. This is after considering that the visitors have scored a minimum of one goal in three of their last five encounters against Wigan. Not to mention their decade-long unbeaten run.

Our second tip for this game is that Middlesbrough will keep a clean sheet – at 2.75 odd. The visitors have kept a clean sheet in four of the last five head-to-head matches.

Middlesbrough will keep a clean sheet @ 2.75.