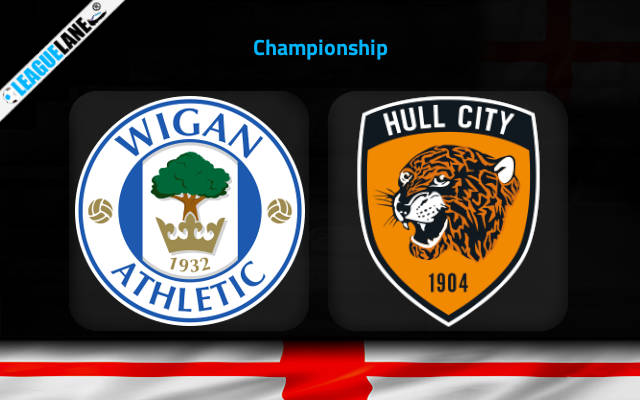 Wigan vs Hull City Predictions and Free Tips from our expert tipsters when the teams go head-to-head in Championship on Monday, 2 January 2023.

Wigan conceded a heavy 4-1 defeat against Middlesbrough last time. Earlier they lost to Sheffield in a similar manner. Now they will prepare for their first game of the year as they will take on Hull City.

At the same time, Hull City held Blackpool in a 1-1 draw recently. They are unbeaten since late November and have performed well in their away trips since October.

The visitors won this fixture back in October by 2-1 margin. They are on a four-game unbeaten streak against Wigan. The last time the host this fixture was nearly two years ago. Back in 2021, Hull celebrated a huge 5-0 victory against them at this ground.

Who will win the match between Wigan and Hull City?

Hull will most likely win this fixture. The two main reasons are that the host have lost 50% of their matches till now. Moreover, the visitors have won this fixture on three of the last four occasions.

On top of that their Wigan’s home form is riddled with losses as they have lost four of their last five matches at DW Stadium.

This fixture is a high-scoring one in recent times. In the last five head-to-head meetings at least three goals have been scored combined. We can expect the same trend to continue this time as well.

Both teams have scored in the last three consecutive head-to-head encounters. The only exception was when these two teams played at this ground back in 2021.

The visitors have won this fixture in three of the last four head-to-head meetings. Do also note that the host are in the relegation zone. Therefore, the first tip is that Hull City will win this game– the odd for this tip will be at 3.00 odd.

Our second tip is that Over 2.5 goals with both teams to score – at 2.37. Both teams have scored consistently in this fixture since 2021 and have scored eight goals in the last two meetings.