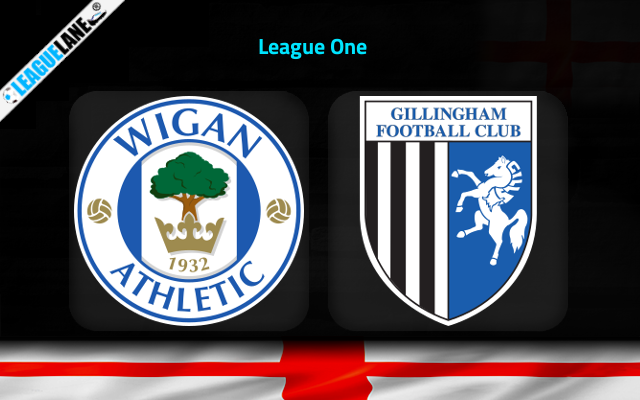 Wigan looks to have a better shape. They have only played 23 games and are occupied at the top flight with 51 points. They are just one point shy with the table toppers Wycombe, who have played 4 games more than Wigan.

Wigan won 16, drew 3 and lost 4 of their total 23 games. They follows a series of positive results and are highly motivated before they enter into this tie.

They will play host to Gillingham on Saturday at DW Stadium when they both lock horns in the 29th round of League One.

Gillingham are undoubtedly one of the worst side of this League One season. They sits on the final two and will be having lowest of spirits while facing Wigan from the first two.

Gillingham won 3, drew 9 and lost 13 of their 25 games to gather a total of 18 points. They follows a dozen of win less games and will enter this foe on the back of that.

We can see Wigan moving consistently well so far in the league and will enter this foe as big favorites for sure. We can easily predict a conclusion in favour of the home side.

At home, they won 6 of their total 7 head to head clashes with Gillingham. Four of those 7 match-ups were low scoring affairs and saw Wigan defending Gillingham from touching the back of their net.

With such a trend in effect, we can easily expect the home side to score at least once when they hosts this Gillingham outfit who have been struggling for consistency in the danger zone.