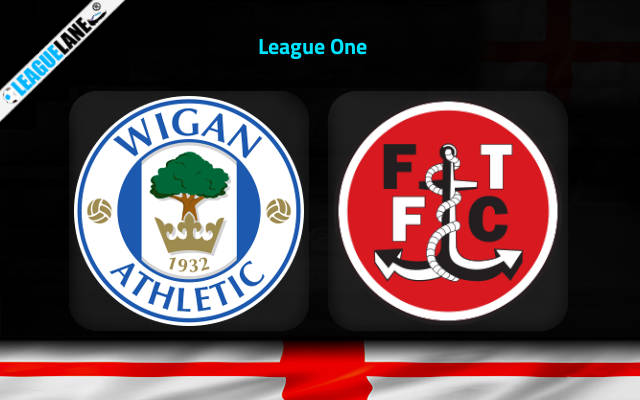 Postponed match of game week 25 between Wigan Athletic and Fleetwood Town on Tuesday at Wigan.

Wigan overthrew Wycombe’s lead in their last match with just twenty minutes left on the clock. Wigan scored three back-to-back goals and got ahead of the lead Wycombe had in the first half of the match. The match ended in a win for Wigan with 1-3 FT score.

Fleetwood Town played against Cheltenham Town in their last match, in which Cheltenham scored two goals and left Fleetwood goalless. The match ended with 2-0 FT score.

Wigan is one of the top contenders of League One this season. They are unbeaten in their last four matches and have lost in their matches only occasionally. From the last ten matches, the team has scored in eight of the matches and has gained wins in six of them. They currently stand second on the league table with 66 points from their matches so far.

Fleetwood Town has not been on their best form in this season. The team has not had a win in the last six matches. Their poor performance has put the team in the 19th position on the league table with only 32 points from their matches. Fleetwood is only two points ahead of the first team on the relegation zone as well.

Wigan’s matches in their home ground have produced some good results. They have not lost in their last seven matches and will look to keep their streak in home ground going. Fleetwood’s away matches have not produced the results the team had hoped for, and they have only two wins to show from their matches as well.

So, the match will most likely end in a win for Wigan. Both teams have scored in their previous matches and we can expect them to score in this match as well.