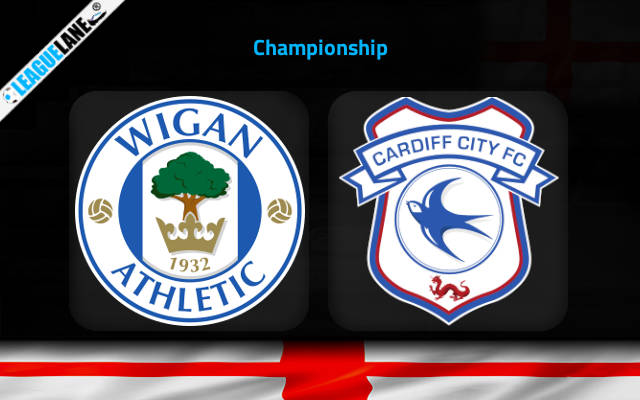 Two mid-table sides namely Wigan and Cardiff will go head-to-head this Saturday at DW Stadium. Both teams are separated by a single point this season.

The host began this month on a good note by winning against Rotherham by 2-0. However, they lost their most recent game against Hull City by 2-1.

In that game, Will Keane scored the opener within the first fifteen minutes of the game. However, Hull City made a comeback by scoring the winning goal with twenty-five minutes remaining on the watch.

Following this result the team is at the twelfth position on the table. It is worth knowing that they have lost only three games this season.

Meanwhile, Cardiff managed to defeat Blackburn Rovers by 1-0 most recently. Mark Harris was the only goal scorer in that game.

It is interesting to note that the visitors played against two top teams in their last two outings, and they are unbeaten in those two matches.

Also, against Blackburn the team managed to keep a clean sheet. This is their first clean sheet since the 27th of August.

Manager Steve Morison is concerned about his team as they have only managed to score twice in their last three matches. Moreover, the recent form shows that they have won only two games out of the last five.

Moreover, Will Keane is on a two-game goal-scoring streak. He has scored a total of five goals so far in the Championship.

Do also note that the host are scoring goals at the rate of 1.09 goals per game this season.

Our prediction is that Wigan will win by 2-1 – at 9.50 odd. This is after considering that the host are unbeaten in the last two meetings at DW Stadium. Moreover, they managed to win this fixture by 3-2.

Our second tip for this game is that Wigan will be the first team to score – at 1.72 odd. The host have scored the opening goal within fifteen minutes of the game in the last two outings. Moreover, the visitors have scored their goal after the 80th minute in their last two matches.