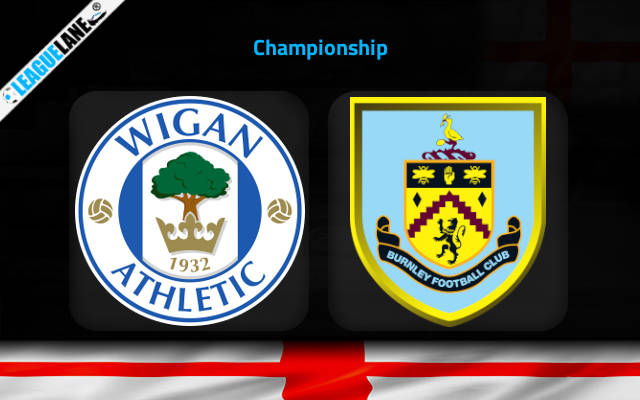 After defeating Shrewsbury in the second round of the EFL Cup, Burnley will travel to DW Stadium to lock horns with Wigan in the championship this Saturday. In the league table there is no margin between both teams, each with six points.

In their most recent league outing, the Clarets drew against Blackpool. A late comeback from Michael Appleton’s side ended the game in a dramatic 2-2 draw. Nathan Tella scored a brace in the first half.

Meanwhile, Wigan played against Birmingham in the last league game it ended in a draw. It is worth noting that Leam Richardson’s side managed to win the game despite ten men playing.

Also, the Latics conceded only two goals in the past four league outings. In the EFL Championship, the Latics are unbeaten so far.

The Latics will play after a period of one week, Leam Richardson and his boys are not lacking any rest as they go into this game against the Clarets.

The goal rate stats show that the Clarets are currently averaging 1.20 goals per game. On the other hand, the Latics are averaging a meagre of 0.75 goals per game – this will make a big difference in this game.

In the EFL Championship the Latics have only scored three goals in four matches. Therefore, Leam Richardson’s side is lacking goal-scoring ability this season.

On the other hand, Vincent Kompany’s side has scored twice more than the Latics. Hence, we see this game with the Clarets winning at FT at 2.00 odd.