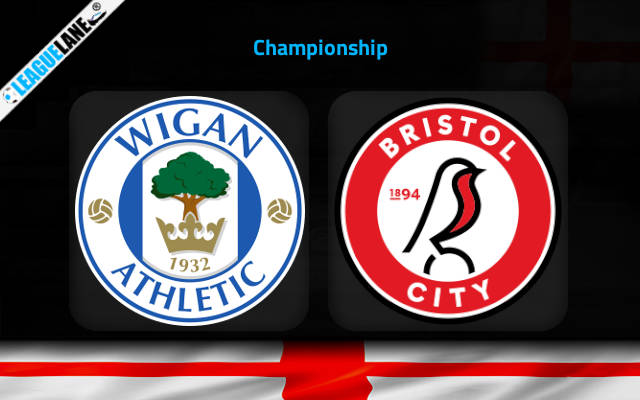 Bristol City might have had a tough campaign the last season in the Championship but it needs to be noted that towards the end of the season they had improved their form quite impressively. Meanwhile Wigan had won the 3rd division and thus earned their right to take part in the Championship.

While they did manage to lift the title in the 3rd division, it needs to be noted that they had to sweat blood in order to manage this feat. They had a surplus of just 2 points at the top of the table and all along they had let in a total of 44 goals.

In the process they had also lost 8 of their fixtures, and had remained windless in a grand total of 19 games.

Meanwhile Bristol had to settle for a bottom-half finish in the Championship the last season but it gives a totally wrong idea about them. It is true that they struggled to find form in the first half of the campaign but in the latter half, they were a totally different team.

In fact. they have been on a good run lately and have been finding the back of the net consistently. Moreover, they also have a good head-to-head record against the rather inexperienced Wigan. By the looks of things expect a victory for Bristol this weekend.

Wigan are on a 3-game winless run and they had remained so in ten of their past 14 fixtures as well. It also needs to be mentioned that they have a total of just 3 wins in front of their home crowd in the past 5 months.

On the other hand, Bristol had lost a total of just 3 times in the past 4 months and in the process they had gone on 2 separate two-fixture winning streaks. Moreover, they had also won 5 of their past 7 road trips and they had scored a total of 4 goals in their latest away fixture alone.

Taking into account these observations, expect a victory for Bristol this Saturday.

Tips for Wigan vs Bristol City