LeagueLane
Home Match Previews Who will prevail in the Championship play-offs? 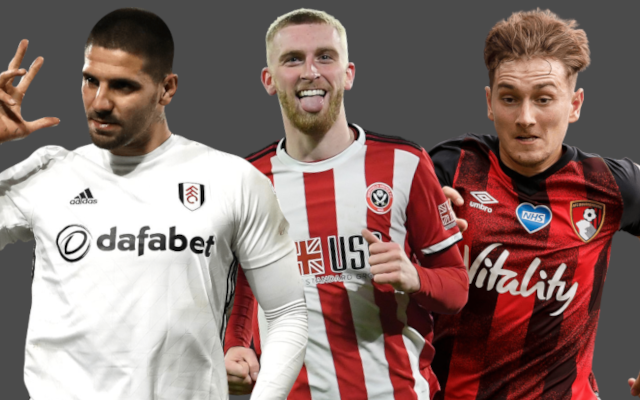 The Championship play-off final holds a special place in sporting folklore. Said contest, which sees two second-tier outfits lock horns, is said to be the richest game in world football. It may not be the Champions League, or even the FA Cup, but those involved have the potential to become heroes in the space of 90 minutes.

With a Premier League carrot dangled tantalizingly within reach for a couple of ambitious outfits, a place among the English football elite – and the millions that accompany such a standing – is there to be grabbed with both hands.

In 2021-22, the battle to cross that line remains as fierce as ever. Within betting on football markets, there is little to choose between frontrunners who are daring to dream that this really could be their year. Fulham and Bournemouth appear to be edging out of sight at the summit, but a chasing pack is bunching up behind them.

Sheffield United, who are looking to bounce back at the first time of asking, are now 11/5 shots for promotion, while Nottingham Forest sit at 10/3 alongside Middlesbrough and Luton Town – who spent four years in the National League between 2010 and 2014 – priced at 6/1.

Huddersfield Town, Blackburn Rovers, Millwall, Coventry City and West Bromwich Albion will all believe that they are still in the mix, with half of the division still clinging to hopes of reaching the Promised Land as a finishing post starts to edge into view.

Attempting to predict the outcome of one Championship fixture, let alone several – many of which have plenty riding on them – is an almost thankless task. In a division where everybody can beat anybody on any given day, trying to find any kind of guarantee quickly becomes akin to a lucky dip.

There are, however, certain ‘rules’ that have been put in place down the years when it comes to annual bids for a step up into the big time.

The general consensus is that any side finishing third should be avoided, with those that missed out on automatic promotion by the narrowest of margins often finding it difficult to shake off a sense of what could have been.

In contrast, those that sneak into the play-offs via the back door tend to fare admirably. Momentum and confidence are on their side, with those traits helping to carry plucky hopefuls all the way to Wembley and beyond.

It is that blueprint which will be keeping the likes of West Brom interested, as they work under the guidance of Steve Bruce – a man who has been there, done it and cleared out the club shop. Nottingham Forest will also believe that Steve Cooper can follow in illustrious footsteps at the City Ground by delivering top-flight competition to the City Ground for the first time in this millennium.

Middlesbrough are another team to have shown in cup competition this term that they are not to be underestimated, with Chris Wilder seeking to replicate the success he has previously enjoyed at Sheffield United, and Luton are looking to complete a quite remarkable “rags to riches” tale.

Quite literally anything could still happen from this point, with an enthralling race set to go down to the wire, but form should never be ignored – on any sporting stage – and logic dictates that siding with those surging into the top six, rather than stumbling over the line, is usually a safe bet – well, as safe as it can get when the Championship is concerned!