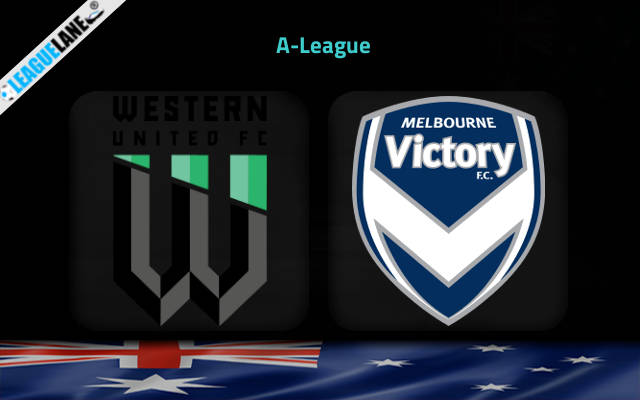 Western United host Melbourne Victory in the replay of the last season’s A-League playoffs semifinal on Monday at AAMI Park.

Both teams will enter the tie on the back of narrow 1-0 wins as they rebounded from a poor start to the season.

Western United managed their only second victory of the campaign eight days ago when they dispatched the second-placed Western Sydney Wanderers 1-0 on the home patch.

It was a surprisingly quiet game without too many clear-cut openings at both ends. Aleksandar Prijovic, the man who brought Western United the title last season with a goal in the final, made the difference last Sunday, bagging the only goal of the match.

It will be very interesting to see whether John Aloisi’s men will be able to keep things quiet at the back once again here against Melbourne Victory.

It is worth noting that the hosts still own the worst defensive record in the league with 18 goals conceded in 8 matches. They at least did move away from the very foot of the standings after the mentioned victory last weekend.

Melbourne Victory are just three points above Western United at the moment. They hold the 8th position in the standings but also do have a game in hand after skipping the last weekend’s schedule.

On another note, the team led by Tony Popovic kept three clean sheets in the last four games and could be a tough nut to crack for Western United on Monday.

These two teams produced strong defensive performances in their latest games but we all know how strong they are both offensively. Melbourne Victory have a star-studded lineup and we see the value in backing them to win alongside the option of both teams scoring at the 4.00 odds.