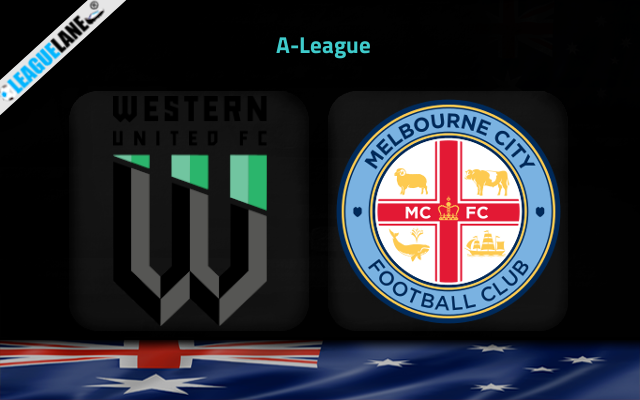 Inform A-League teams Western United and Melbourne City lock horns in a potential thriller on Saturday. This is a new-age Australian derby with both teams hailing from the suburbs of Melbourne.

The teams are locked at the top of the table on 32 points, but Western United can become undisputed leaders with a win here since they have played 2 games less than the visitors.

Home form is brilliant on the hosts with the 8 matches played so far producing 7 wins and a draw. They are coming to this fixture on the back of an eight match winning streak.

Melbourne City will match them on form with 4 wins and a draw coming from the recent five. Away from home, they have won three on the bounce, the overall record on the road equally better with 4 wins and 2 draws coming from 7 with the exception of a defeat.

This will be a closely fought battle without a doubt and our eyes are on the goal scoring ability of the teams. Western United is a tad bit secure in defense, but btts is a value bet with 6 of 7 away games played by Melbourne City producing the same.

The over 2.5 goals full-time is a decent alternative. Again the same number of games, 6 off 7 Melbourne City road games producing over 3.5 goals.