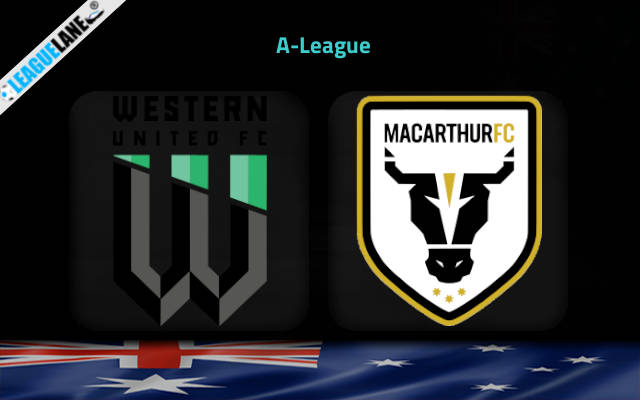 Both teams will be looking to start where they ended in the last game with the victories. Western United are set to host Macarthur FC this Tuesday at York Park for the 22nd Round of A-League.

Western United is at the 2nd spot on the standing with 41 points from 22 games. They won 12 times in the league while drawing and losing 5 times each. Western United got 3 wins in the recent 5 home attempts but lost only once in the previous 10 duels. A win here could close the gap between them and Melbourne City who are leading the table.

Western United come into this on the back of a 6-0 thrashing the rock-bottomed Perth Glory at the weekend. They had gone into that on the back of losing 4-1 at home to the Wellington Phoenix. Three or more goals per game were seen in 5 of the past 6 fixtures where they have been involved.

On the other hand, Macarthur FC resides at the 6th position on the table with 32 points. Of the 22 matches played, they won 9 games while drawing on 5 and losing on 8 other occasions. They come into this on the back of just one defeat in their last 4 matches as they sit firmly in the middle of the table.

Macarthur FC will come into the game following on from a 2-1 league win to defeat Brisbane Roar in their last game. They have been scored against on all of their last 6 matches, seeing opposing sides hit 11 goals overall. In defence, they have clearly had some problems.

Both teams come into this game after the unstable performance, winning 2 of the last 5 schedules. Western United got 3 wins in the recent 5 home attempts and are on the back of an impressive home win over Perth Glory.

Meanwhile, things are getting desperate for Macarthur in away outings as they have been defeated in 4 out of the last 5 visits.

All of their h2h meetings have ended with a total of over 2.5 goals. Therefore we envisage another high-scoring outcome with a win for hosts, this Tuesday.