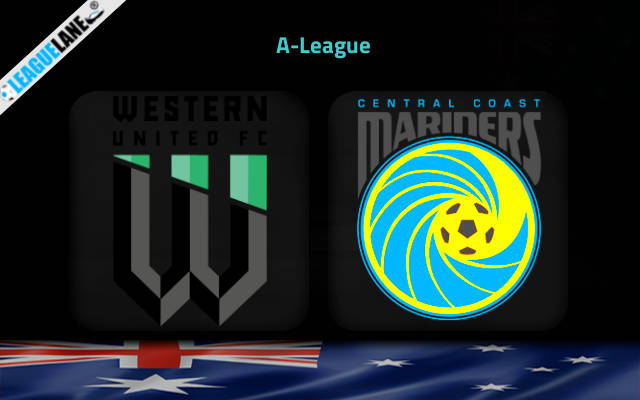 Sitting in the zone of Play off Semi-finals, Western United is set to host the Central Coast Mariners who are currently on a 5-game unbeaten run. The game is scheduled at Mars Stadium, this Saturday.

Western Service Crew is at the 2nd spot on the standing with 37 points from 19 games. They won 11 times in the league while drawing and losing on 4 games each. They has put together a good run of form and has now gone 2 games without defeat.
The hosts are more of a defensive team, with low scoring numbers.

Western United are hoping to win again after their last result, a 3-2 league triumph over Brisbane Roar. It’s possible we could see a couple of goals here, with the last 6 games for them ended with 2 goals or more being scored.

On the other hand, The Mariners reside at the 8th position on the table with 22 points. Of the 17 matches played, they won only 6 games while drawing on 4 and losing on 7 other occasions. Momentum is really building for them as they have now gone 5 games without losing. They are currently on a 2-game winning run.

Central Coast Mariners will go into the encounter after a 3-0 win against Adelaide United in their previous fixture. Throughout their 6 previous matches, Nick Montgomery’s men have turned their attacks into goals 11 times, yielding them the goals scored per game average of 1.83.

Western United won 6 of their last 7 home games with currently unbeaten in the last 7 home fixtures. The hosts have lost only once at home this season while winning 77% of the games played at home.

The Mariners lost 5 of their last 6 away games, and are currently on a 6-game winless run on road. They have also lost all the h2hs played at Mars Stadium.

We feel that a home win is likely to occur considering their impressive home form this season.