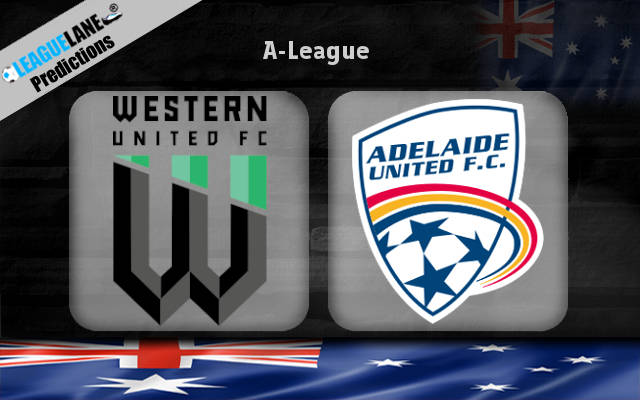 Following a 5th place finish in the preceding season, Adelaide United have not been able to get back in the groove 4 matches into the season.

While Western United have had a much improved month of football following their finish in 10th place last season.

These two teams are set to battle it out for 3 points in an A-League fixture at the AAMI Park this Friday morning. Read our Preview, Predictions, and Betting Tips with Analysis here.

John Aloisi’s men have kept it tight in defence this season and have conceded just once in 4 league games. This has secured the team 3 wins in succession despite being able to score just thrice in the season.

The club is currently 3rd in the league table, with 9 points. They are a point behind league leaders Macarthur and level on points with Melbourne Victory.

Things are yet to fall in the way of the Reds this season as they are yet to register a win this season and have gone 5 league matches without a win. They are 10th in the table with 3 points.

Despite suffering a loss against Melbourne Victory on matchday 1 of this season, the hosts have pulled 3 consecutive wins. With such a form they should be able to seal all 3 points against a side that is winless this season.

The total goals involved in WUFC’s fixtures this season is 4. To add to that the average combined score line involved in Adelaide’s fixtures is 2.25. Since both attacks have struggled to produce goals with the defences doing fairly well it makes sense to back under 2.5 goals in this fixture.