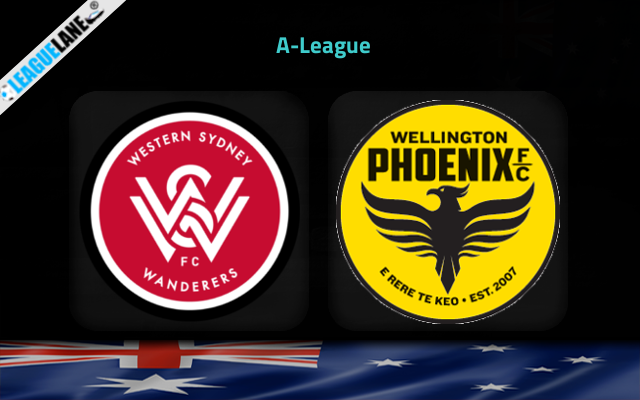 Western Sydney Wanderers have a disappointing start this league season. They have failed to gain consistency in the beginning. They will be hoping to gain momentum from their sealing a win in the coming league fixture scheduled at home.

They have lost each of their past two league affairs. They will not be following negative spirits on the back of such a displeasing set of displays, instead they will be motivated enough to record a positive display.

Meanwhile, Wellington Phoenix have got a good start to this league. They sits 7th on the table with 18 points collected from 12 league fixtures this season. They will be hoping to extend their current run with more consistency.

They are unbeaten in each of their past 6 league fixtures and will be having positive of spirits to enter their next league outings. They Drew at home in their most recent game against Sydney FC to construct the current six-game unbeaten thread.

By the looks of things, we expect a tight encounter between these two outfits in the 16th Round of A-League matches at CommBank Stadium on Sunday.

Wanderers will be expecting to better themselves in front of their local supporters on Sunday. They have won their most recent league fixture at home against Melbourne Victory. They will be hoping to make that win count.

On the other side, Wellington Phoenix are unbeaten in each of their past four league fixtures on road. They are on the back of three subsequent defeats. They have been also leaking goals in those games at a good rate.

Therefore, we are envisaged to think that Western Sydney Wanderers will convert two of their total shots into goal while leaking one from the opponent at the end of 90.