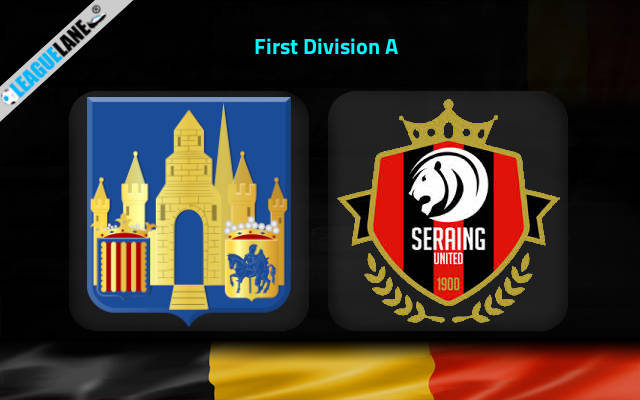 Westerlo are in excellent form recently, they will test Seraing’s defence this Friday at Het Kuipje on Matchday 12.

At the beginning of the season, the host struggled to win. Now, they are making good progress as they are on a four-game winning streak.

Last time the team under Jonas De Roeck played a great game against Belgian giants Club Brugge. It was an important 2-0 victory in which Lyle Foster scored a brace in the second half.

The visitors are very close to the relegation zone this season. In their last league game, they conceded a last-minute goal from Zech Medley. The game ended in a 1-1 draw, also this is their first stalemate of the season.

They have lost over 60% of their games this campaign. This is one of the reasons why they are just one point away from relegation zone.

The visitors have struggled to win against top teams this season. Moreover, they have won only two of their last three league matches.

Apart from Genk, the host have the best winning record. They are full of confidence as they managed to beat Club Brugge most recently, also they kept a clean sheet in that game as well.

Moreover, Lyle Foster is in good goal-scoring form as he scored in his last three consecutive matches.

Our first prediction is that Lyle Foster to score anytime– the odd for this tip will be at 2.60 odd. This is after considering that he scored a brace most recently against a top team like Club Brugge. Compared to that he will most likely score against Seraing who are at the bottom half of the table.

Moreover, our next tip for this game is that Both Teams to Score – at 1.80 odd. Since 2020, both teams have met three times and a combined total of eleven goals have been scored in those matches.