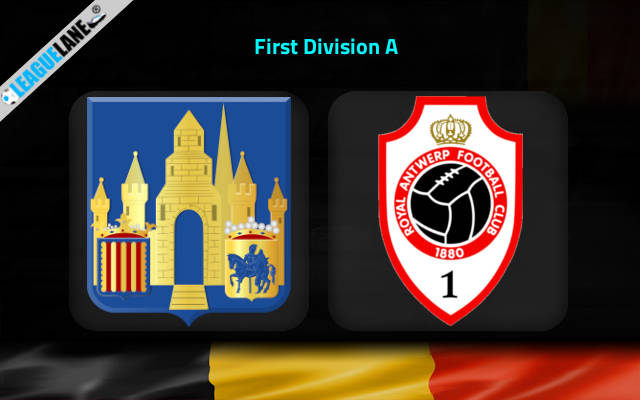 Westerlo vs Royal Antwerp Predictions and Free Tips from our expert tipsters when the teams go head-to-head in League One on Tuesday, 27 December 2022.

Westerlo have performed poorly in all three of their friendly games. They will risk losing their sixth place in the league as they will play against Antwerp. Last time in the league they celebrated a huge 6-0 victory against Oostende.

At the same time, Antwerp defeated Standard by 4-0 to reach the next round of the Belgian Cup. They are third in the league and are unbeaten away from home since early November.

Antwerp won this fixture back in September by 3-0. Looking at the head-to-head record they are unbeaten in three of the last four matches against Westerlo.

Who will win the match between Westerlo and Royal Antwerp?

Antwerp have a better chance to win this fixture. The main reason is that they are unbeaten in the last four outings in all competitions. Moreover, the host have lost two of their last three home games.

We can expect over 2.5 match goals combined. The main reason is that the previous record shows that in the last three overall meetings a minimum of three goals have been scored combined.

Both teams have scored in all of their eight head-to-head matches at Het Kuipje with just one exception. It is important to understand that both teams will be playing for the first time in the Jupiler league this month.

The visitors won the most recent head-to-head encounter. At the same time, the host are lacking proper game time as they played in only friendly games this month. They lost all of their friendly games as well. Therefore, the first tip is that Antwerp will win this game– the odd for this tip will be at 2.05 odd.

Our second tip is that Over 2.5 goals will be scored– at 1.65. The last three consecutive matches at Het Kuipje ended with a minimum of three goals being scored in total.