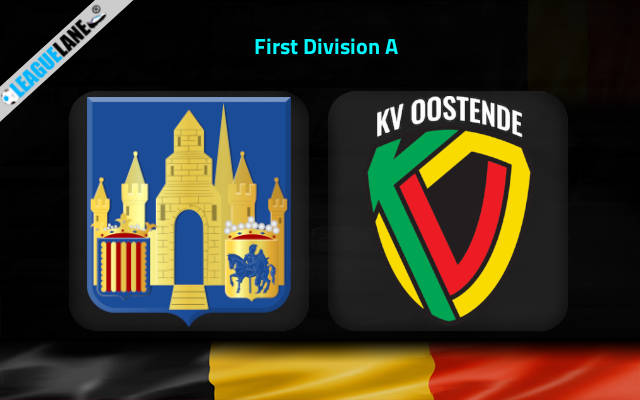 Westerlo host Oostende in the first match of Saturday’s First Division A schedule. The two teams will take on each other in the afternoon hours at Het Kuipje.

This is the place where Westerlo tend to score loads. They do bag an average of two goals per game in their own backyard this term and we have reasons to expect them get at least to that average here in the clash against attacking-minded Oostende side.

Westerlo were on the brink of a huge upset six days ago when they had the 0-1 lead against last season’s runners-up Union Saint-Gilloise all up until the second minute of the added time.

The team led by Jonas De Roeck eventually could not hold on until the final whistle as they had to settle for a 1-1 stalemate at the end.

Westerlo now have one point from the last two league matches (a 2-3 defeat to St. Truiden on the home patch enters this streak) but they will get a great chance to return to winning ways here against Oostende.

Oostende are poor travelers with a record of 1 win, 2 draws, and 5 defeats in 8 league matches on the road this season.

They are six points behind the 7th-placed Westerlo in the league table and they have conceded 16 goals in 8 First Division A matches on the road this term.

We also have to mention that each of the last five games Oostende played in the league provided at least three goals, including the last weekend’s 3-1 win over Kortrijk at Diaz Arena.

Westerlo offered a strong performance in a 1-1 draw at Union Saint-Gilloise last weekend. Their top scorer Lyle Foster was on target on the occasion.

We expect Westerlo and Foster to shine here against Oostende as the home win in a high-scoring affair is the way to go here. You can back Westerlo to win & Over 2.5 goals FT bet at the 2.60 odds, while Lyle Foster is 2.87 to score anytime.