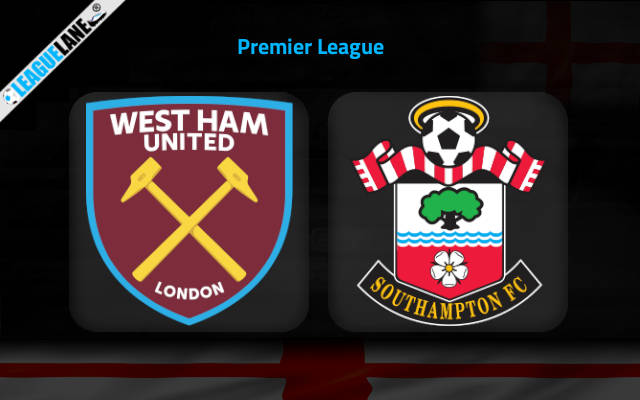 West Ham need to win to try and qualify for the Europa League but can Southampton end the Hammers European dream on the final day of the season?

West Ham have had their best season in the top flight of English football since the 1985/86 campaign and they come into this game with 62 points. It’s possible that if they were to lose this game the best they could hope for would be to enter the qualifying stages of the Europa League and that means a long season, not many teams would like that.

The biggest threats come from Tottenham and Everton but the Hammers who are 3 points clear of both will believe that they have enough here to finish the season in 5th place which would be fantastic for them.

The club beat West Bromwich Albion 3-1 in their last game which was a terrific result given that they were losing that game.

Southampton have nothing to play for and are in 14th place and 19 points behind their hosts. The Saints lost their last game in midweek against Leeds United by 2-0 and were at home.

Away from home Southampton have one of the worst records in the Premier League and have lost 10 times from 18 games and have gone their last 3 away trips without a win.

West Ham have had a few bumpy rides lately and lost points but the victory over West Bromwich Albion was very important. It should give this team the boost they need to win this game.

From all of the games at the final weekend in the Premier League this is the one we feel most confident about seeing a home victory. The Hammers are the better side and have many attacking options and have traditionally a great record over their opponents.

Southampton’s season is long over and we don’t consider them here to be any threat for the home side.