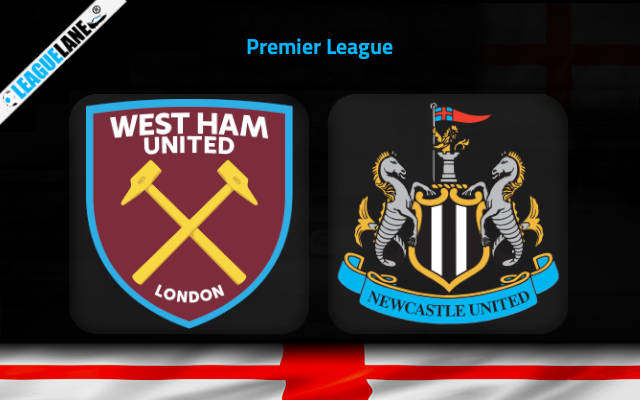 West Ham host Newcastle in an important seventh round fixture on Sunday afternoon at London Stadium.

The Hammers have collected only four points from the opening six games of the season, picking up just a single win in the process.

However, we must say that David Moyes’ men seem to have grown in form and confidence in the last couple of weeks.

Their performances look much better than at the very beginning of the season. The Hammers eased past Viborg 0-3 on the road in the reverse fixture of the Conference League playoffs before clinching the inaugural Premier League win at Aston Vikla.

They then held Tottenham to a 1-1 draw in the previous league fixture at London Stadium before losing 2-1 to Chelsea last Saturday at Stamford Bridge.

Nevertheless, the Hammers were by no means the weaker side on the pitch against either Spurs or Chelsea.

They opened the group stage of the UEFA Conference League with a 3-1 comeback victory over Romanian giants FCSB on Thursday evening.

There is plenty to like about West Ham’s recent displays, but beating Newcastle will represent quite a challenge for the Hammers here.

The Magpies have won just one match since the beginning of the season (in the Premier League) but we must say they had a very challenging schedule in the process.

It included the clashes against Manchester City (a 3-3 draw), Liverpool (a last-gasp goal for the 2-1 loss at Anfield), Wolves, and Crystal Palace.

We can find the value in backing the home win at the 2.40 odds considering the obvious improvements in West Ham’s recent performances.

Newcastle did lose only one of six league outings this term but they will also enter this tie winless in five successive Premier League games and they don’t have the best record against the Hammers in London.