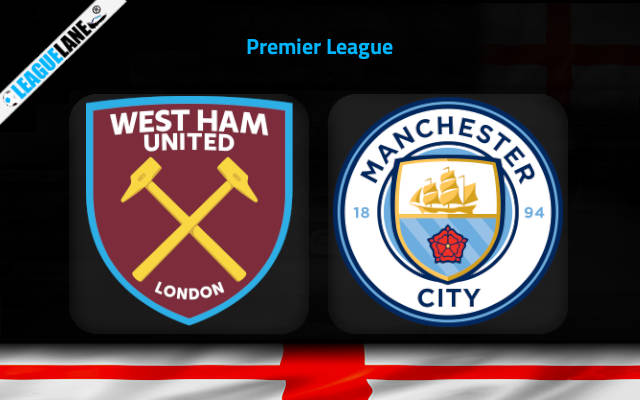 The Citizens are dead-determined to lift the EPL title at any cost this season. They were on course to secure their maiden Champions League crown, before they were unceremoniously dumped from the tournament by none other than Real Madrid.

And ever since, doubters and haters have been targeting them with trolls and memes, and honestly a dominant team like them do not deserve this kind of treatment.

Pep Guardiola and his boys are determined to prove to the rest of the league what they are capable of. They have made it their mission to deny Liverpool a chance to lift the trophy, the failure of which might end up in completing an unprecedented quadruple for the Reds.

As such, the Citizens will be desperate to conclude their campaign on a winning note. It helps that they are pitted against the seventh-placed West Ham who are finding it hard to show any kind of form lately.

The Hammers have conceded a lot of goals in the past several fixtures, and they have dropped an alarming number of points as well. Moreover, they have a poor head-to-head record against this opponent too.

By the looks of things, anticipate Manchester City to rise to the occasion at least this time, and to secure a much-needed win this Saturday.

West Ham did win 0-4 on the road the last match-day. But it was against the dead-last placed Norwich, who are already relegated. Before that the Hammers were on a four-game losing streak, and a five-fixture winless run.

On the other hand, Pep Guardiola’s men recorded a magnificent 5-0 win over the in-form Newcastle the past game week. They had also won five of their past six overall games, and they had remained unbeaten in 32 of their past 35 matches.

Most importantly they have a good head-to-head record against this rival over the years.

For these reasons, count on the defending champions to record another compelling win this weekend.