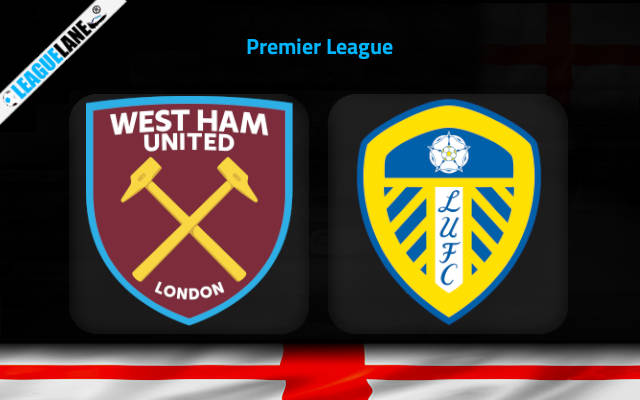 West Ham are in possession of the fourth spot, and this time around, this position has been in very high demand. The top three spots seem to be already booked by the three titans – City, Chelsea, and Liverpool.

And all that remains is this position, for those who wish to qualify for the CL.

The Hammers are desperately trying to keep a hold of it, but they are being chased by some big names. As such, it goes without saying that they have no option but to keep winning.

This weekend, the team is locking horns against one of the weakest of the lot. Leeds are barely staying above the relegation cut-off. They are dropping points in almost every other fixture, and they are conceding goals in plenty as well.

Moreover, they have an inferior h2h record against this opponent too.

For the reasons, expect a win for West Ham this Saturday at the Olympic Stadium.

West Ham had recorded a 2-0 win at home the last match-day, against Norwich. They are on a four-game winning streak including their FA Cup fixture against this same opponent Leeds.

Going on, not once have they failed to score at home in a league game this season, and they had even managed to win seven of their former ten appearances at home – in all competitions.

On the other hand, Leeds did win 3-1 win at home the past game week, in the league. But it was against the 18th placed Burnley. They were winless in 24 of their last 29 overall matches, and they had lost six of their preceding eight road trips.

In addition to all these, Marcelo Bielsa’s men also have a poor h2h record against this foe over the years.

Considering these observations, expect a compelling win for West Ham this weekend.

Tips for West Ham vs Leeds