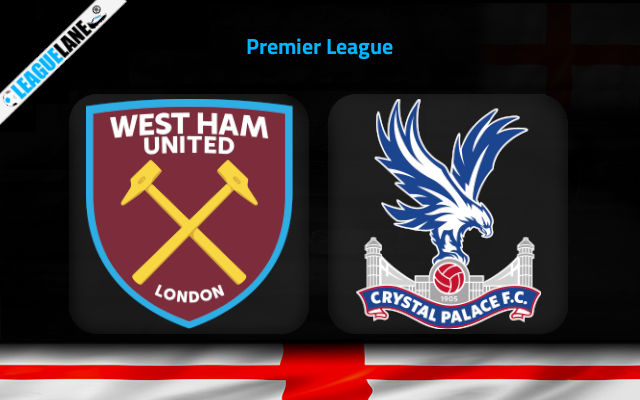 Many football fans around Europe will be surprised when they look at the Premier League table and see that West Ham are in 1st place. Yes it is very early days with just 2 games gone but still, this feels like a small achievement for the club.

Normally West Ham are used to be relegated or finishing in mid-table but in the last 12 months manager David Moyes has turned the club around with a strong work ethic and it is paying dividends.

The Hammers are continuing their great form from last season and have beaten Newcastle and Leicester scoring 4 goals a piece in those games. They are playing very good football and will be delighted to have remained at home for this game.

Crystal Palace lost their opening game but that was expected as it was away to Chelsea. In their second game they earned a vital point as they drew 0-0 with league newcomers Brentford. It wasn’t a result to cheer but these are small steps under their new manager Patrick Vieira and he would have been happy to see his team keep a clean sheet.

The Hammers price is falling and some bookmakers have them at around 1.57 for the win, though this could get closer to 1.50 by the weekend. It’s difficult to go against them in this game, they are scoring goals and playing really good football.

West Ham have the chance to go into the international break on top of the league and so they have all the motivation they need.

If you have followed the club through the years you will know that they can let you down and win games you would have expected them to win. However this can happen, the smart money should follow them at this time and the added bonus is that they are at home.