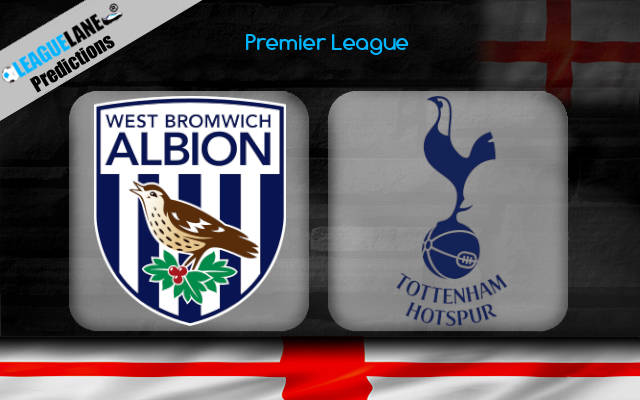 Spurs are one of the three teams that have stayed unbeaten in the past five match-days in the league, and they also have scored the most number of goals. As of now they are placed third in the table, and are trailing by just two points below the top-most spot – currently in possession of Liverpool.

Going on, the Reds are pitted against Manchester City this weekend, and as a result are expected to drop points. On top of that, the second-placed Leicester are matched against Wolves. Likely, there’s a huge opportunity for Jose Mourinho’s men to climb to the top of the table.

And we can count on them to approach this fixture with that seriousness. Tipping the scales further in their favor is the fact that they are taking on one of the worst teams in PL.

Not only are the Baggies a newly promoted team, but they are also winless so far this campaign, and have conceded the most number of goals in the process.

On top of that, they also do have an inferior h2h record against this rival over the past decade.

Taking these observations into account, expect Tottenham to secure an easy win this Sunday.

Slaven Bilic’s men lost 2-0 on the road the last match-day, against Fulham. In the meantime, Spurs recorded a 2-1 win at home the past game week, against Brighton.

As things stand, Mourinho’s men have a huge upper hand. They have been one of the best teams in the league for the past several years, and this time around they are a legitimate title contender.

They also have scored the most number of goals so far in the competition, and are pitted against one of the worst teams in the whole PL.

The Baggies are yet to win a match in this tournament, and they have also conceded the most number of goals. Going on, they were also winless in 13 of their preceding 14 overall fixtures, and have an unimpressive h2h record against this foe in the past decade.

As such, expect Tottenham to post the three points this Sunday.