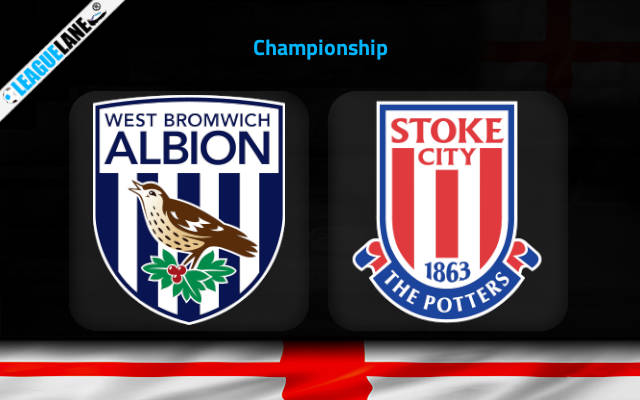 West Brom are placed in the relegation zone at the moment, and in spite of their recent wins make no mistake that they are one of the worst teams in the league. Meanwhile, Stoke are stuck in the mid-table at the moment, and they are failing in their attempts to improve their form.

They were able to record just two wins away from home in the last two months, and one of these victories came against the 23rd placed Wigan. Do also note that they have just seven wins in total despite the season almost having covered its first half.

Their successive poor results have surely put them under huge pressure, and this further prevents them from playing at their absolute best.

Meanwhile, West Brom are placed 22nd in a table of 24, and they won just four times all through the campaign. As things stand, they need a surplus of two points to climb level with the relegation cut-off.

They also won just two times at home so far in the campaign, and these sole victories came against the 21st placed Blackpool, and the 19th placed Hull.

It appears that both teams are in deep mess at the moment, and moreover they will be desperate to post some urgent points on the board.

Furthermore, goals came in plenty between these two whenever they locked horns in the past.

West Brom won just thrice in the past three months, and they could muster just five victories in total since May. Do also note that they let in two or more goals in four of the previous six appearances at home.

On the other hand, Stoke won just four times away from home in the last eight months, and even these four wins came against some of the weakest teams in the Championship.

In addition, previous h2h clashes have always had goals in huge numbers, and all of these suggest that we are in line for a high-scoring thriller this weekend.

Tips for West Brom vs Stoke