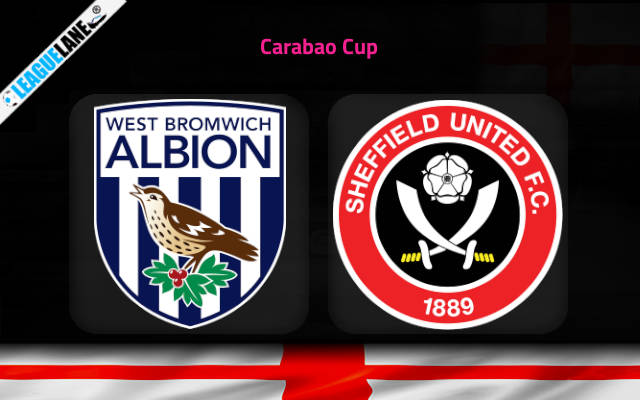 West Brom were going through an average form throughout past Championship season. They ended up in the 10th spot of the table after completing all the fixtures of the past season. However, they had winded up the season with positive outcomes.

Meanwhile, Sheffield were having a decent form throughout the past Championship season. As a result, they succeeded to enter the safe zone spot of the table at the end of the season. They had a good offensive and defensive line-up as a boosting part to fuel their consistent unbeaten run that season.

By the looks of things, we expect an interesting affair between both these Championship outfits when they meet each other at The Hawthorns this Thursday in a Carabao Cup Knockout fixture.

We can see West Brom recording average displays in their pre season friendly outings lately. Their opponents were stronger as that of those Sheffield United were playing. Also, we can see their defensive line-up leaking goals in most of those fixtures.

West Brom ended up the past season at home by recording back to back unbeaten outcomes. They are currently having an unbeaten streak for four games at home.

On the other side, Sheffield United faced some first division outfits across different European league in their pre season friendlies. Even though they lost in most of them, we can see them delivering competitive displays. They followed the above to face their opening Championship fixture this season.

Sheffield United lost to Watford in the opening fixture on the road. It was their fourth on the road defeat in the past five fixtures.

Considering all the above stats, we are expecting a win for West Brom against Sheffield United.