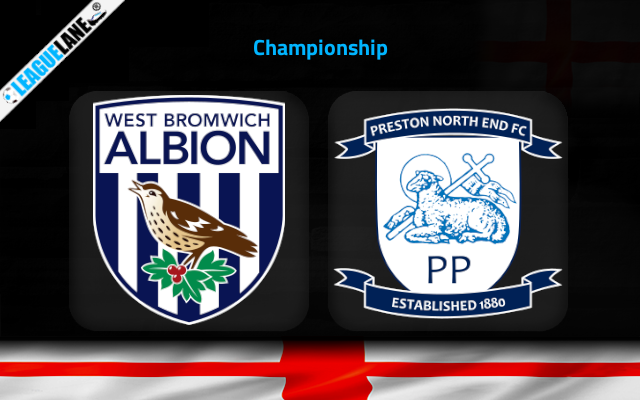 Preston will be visiting The Hawthorns Stadium on Wednesday for the England Championship fixture with home team West Brom.

West Brom fans will want a repeat of their previous result, being 3-0 Championship victory vs Peterborough. This victory at home helped them to end their cold run of four win less games.

They are in the promotion zone with 45 points. They have won 12, drew 9 and lost 6 after 27 rounds of Championship games.

Following on from being defeated in their last game at the hands of Swansea in Championship competition, Preston will be hoping to turn things around here.

They are struggling outside the first 10. They won 8, drew 9 and lost 9 of their 26 Championship games to collect a total of 33 points. They are winless for three games.

West Brom will enter this match-up with highest of spirits. They are yet to register a defeat at home against Preston. With such a trend in effect, we can sure bet on West Brom to record a win on Wednesday.

Preston has been disappointing on road lately. They are not pulling up any trees of late. They lost 5 of their past 8 Championship games on road. They have been leaking goals in each of those 8 games.

In defense, Preston have some weaknesses to address. Therefore, we can expect at least two goals from West Brom taking advantage of Preston’s weak defensive steel.

Inspecting all the above stats, We are left to back the home side for scoring a couple against this Preston side who might end up scoring once. Hence, we are also backing the BTTS option @2.00 odds.